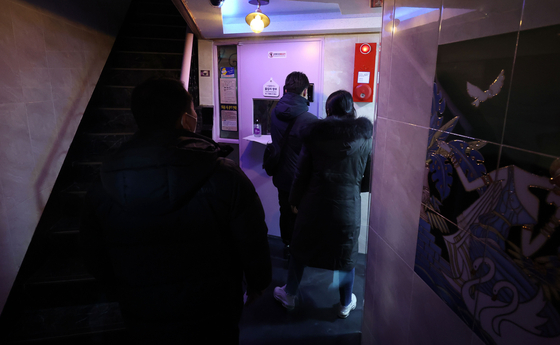 
A preliminary autopsy on the body of a whistleblower in an ongoing corruption investigation on ruling Democratic Party (DP) presidential candidate Lee Jae-myung has ruled out homicide and suicide, according to the police Thursday.

The Yangcheon Police Precinct in Seoul said it received the autopsy report from the National Forensic Service, which determined the cause of death for the whistleblower, surnamed Lee, to be an “aortic rupture.”

The report also added that Lee, 55, who was found dead in a motel room in Yangcheon District, western Seoul, on Tuesday, didn’t have any notable wound that could be the cause of death. No one entered or exited Lee’s room since he last went in on Jan. 8 at 10:45 p.m., based on the CCTV footage the police checked, until the motel staff opened the door and discovered Lee’s body.

According to JTBC, an affiliate of the Korea JoongAng Daily, based on the footage it acquired, Lee on Jan. 8 left the room and later came back with a white bag from a convenience store. Footage from the day before showed Lee seemed to have trouble walking straight. He also staggered and took a break for a few seconds as he was climbing up the stairs.

Although the family of the deceased say that Lee didn’t have any pre-existing medical conditions, the police said Lee’s heart was abnormally larger compared to the average person’s, and Lee had severe coronary atherosclerosis. A packet of medicine was found in Lee’s room. The police are also checking with the National Health Insurance Service to see if Lee had received any pertinent treatment in the past.

Lee, a lawyer known to be a supporter of President Moon Jae-in and a member of the democratic party for over a decade, is the third person related to allegations surrounding the presidential candidate to have been found dead. He submitted a recording to a civic group last year as proof that the candidate paid the legal fees for his trial that acquitted him in 2020 by proxy and was summoned by the local prosecutors for questioning. The recording revealed that another lawyer, who defended the DP candidate in trials when he was accused of violating the Public Official Election Act in 2018, was given 300 million won ($252,000) in cash and 2 billion won worth of stocks in a listed company.