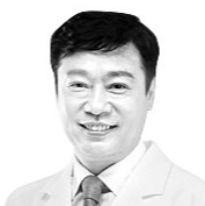 Lee Se-ra
The author is the vice president of the Seoul Medical Association.


Controversy over ruling Democratic Party (DP) presidential candidate Lee Jae-myung’s campaign promise to apply health care coverage on hair loss treatment is heating up. People who suffer psychological stress due to hair loss and feel uncomfortable in social life welcome the coverage. Meanwhile, some criticize it as more populism before the March 9 election as Moon Jae-in Care was criticized as populist, and the increased health care deficit is a concern if health care is expanded to hair loss rather than illness.

In the process, not all health issues could be covered by health insurance due to limited resources, and the system was designed to recognize minimum insurance benefit for minimum cost. Non-essential conditions that do not significantly affect daily life — such as acne, freckles, moles, warts, hair loss and erectile dysfunction and anorgasmia treatments, eyelid surgery, wrinkle removal and orthodontics — have been categorized as non-covered items under the health insurance act.

When the health insurance financial resources are limited, indiscrete expansion of benefits cause many problems. When non-covered items become covered, demand for insurance benefits increase sharply. With the sharp increase in demand, health insurance spending goes up. Though copayments decrease, the fiscal health of the public insurance program worsens. In the end, individual premiums will increase as health insurance reserves will decrease. In the process, pharmaceutical companies and indemnity insurance companies will benefit.

The health insurance system still maintains the abnormal benefit structure of providing a minimal fee to the medical institutions for the treatment of diseases due to limited financial resources. In fact, the government introduced a uniform health insurance system for administrative convenience and forces medical institutions to provide services at 70 percent of the cost because of a shortage of financial resources.

More importantly, health care spending that should be paid for essential treatment on which life and death depend could decrease. Essential medical care includes general treatment in four major departments, internal medicine, surgery, ob-gyn and pediatrics, as well as intensive and emergency care on the front lines of saving lives. A distorted health care system has accumulated deficits for decades and suffered another blow from the Covid-19 pandemic.

There is an urgent task to be resolved before the controversy over health insurance coverage on hair loss treatment. It is more urgent to support the essential medical field that is in a serious crisis because low payments, low coverage and low costs are fixed in the health care system. Also, it is necessary to inform, persuade and obtain consent from the citizens that health insurance premiums should be lifted more to address regional disparities in medical service.

Satisfaction with respect to the health care system in Korea is relatively high, compared to global standard. But in the background is the sacrifice of medical professionals who are suffering disadvantage from government’s unilateral regulation and control over medical charges. Doctors have raised constitutional complaints twice already, in 2002 and 2015, to rectify the compulsory designation of nursing care institutions, the disparity in medical bills for each department and the imbalance among fees for each action within the same department.

Expanding health care coverage to hair loss treatment should not be a populist promise. The copayments and insurer’s contributions do not come from politicians’ pockets. Expanding coverage to non-essential conditions must be led by social consensus.

Chunlab says it can help you get to know your gut

Many Covid patients will be allowed to stay at home