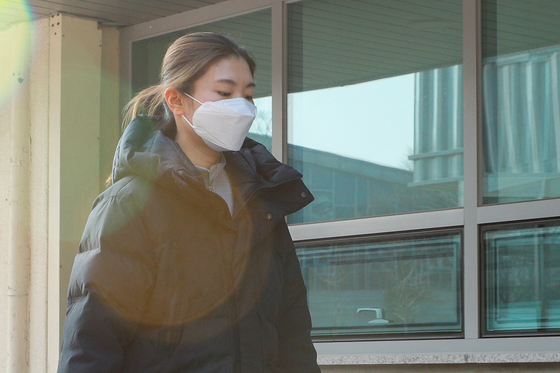 
Olympic gold medalist short track speed skater Shim Suk-hee launched her legal bid to appeal a two-month suspension that has taken her out of the national team for the 2022 Beijing Olympics on Wednesday.

Shim was suspended from the national team for two months on Dec. 21 for insulting her teammates during the 2018 PyeongChang Olympics and effectively excluded from the Korean national team entry. She applied for an injunction against the disciplinary action on Jan. 6.

Text messages that showed Shim insulting her teammates during the PyeongChang Olympics were released as part of the written opinion of lawyers for former national team coach Cho Jae-beom, who is currently in prison for sexually and physically assaulting Shim. The text messages also sparked an investigation into whether Shim was involved in race fixing, although she has subsequently been cleared. 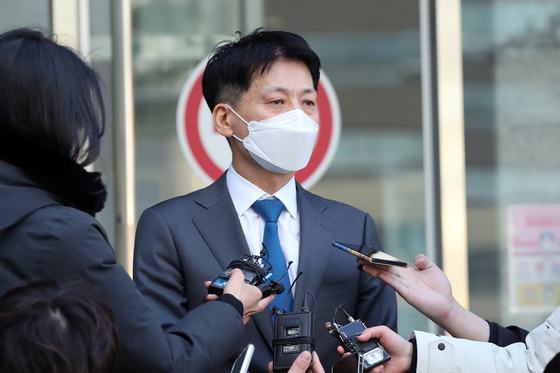 Yoon Joo-tak, Shim Suk-hee's lawyer, speaks to reporters outside the Seoul Eastern District Court building in Songpa, southern Seoul on Wednesday after attending a hearing on Shim's application for a court injunction against a two-month ban on the skater handed down by the Korea Skating Union. [YONHAP]


Shim’s attorney Yoon Joo-tak argued on Wednesday that the two-month ban is essentially "double punishment," as Shim has already been barred from competing in the ISU World Cup this season. Yoon also highlighted that Shim's text messages were unlawfully leaked and she shouldn't be penalized for them.

Kim Gyeong-hyeon, the Korea Skating Union's attorney, said that the punishment was based on the fact that Shim's actions damaged the integrity of the sport, adding that Shim missed the World Cup while the KSU was investigating and as a measure to protect the other athletes, not as an official punishment. He also pointed out that the legality of the text messages was immaterial as Shim has already acknowledged her wrongdoings and publicly apologized for them.

Both sides will submit additional materials by Sunday and a legal decision will be made before Jan. 20.

Even if the court sides with Shim and the two-month suspension is nullified, the KSU still gets to make the final decision on who is included in the Olympic entry, which has to be confirmed by Jan. 24.