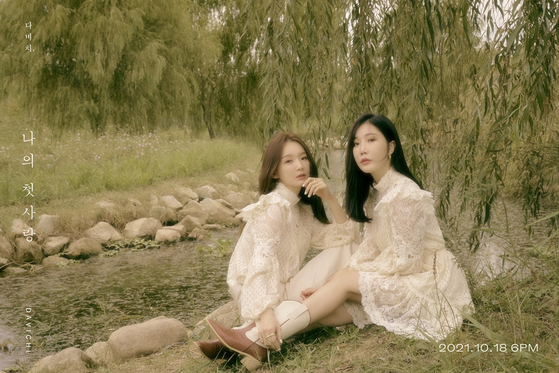 
Ballad-pop duo Davichi will be featured on the soundtrack for "Soundtrack #1," a musical drama.

They will sing "It hurts when I think of you who has a soft heart" (translated). It is a song about one-sided love, according to Wakeone, which represents the duo.

The song will be available from Jan. 20 via music streaming sites.

Kyuhyun of boy band Super Junior will be on the soundtrack with "Love is not expressed through words" (translated). It was released on Dec. 30.

Park Bo-ram released "Want to be Happy," also on the soundtrack, on Jan. 6.

"Soundtrack #1" stars actors Han So-hee and Park Hyung-sik. The exact method of distribution has not yet been disclosed.

The entire soundtrack will be released prior to the premiere of the series.