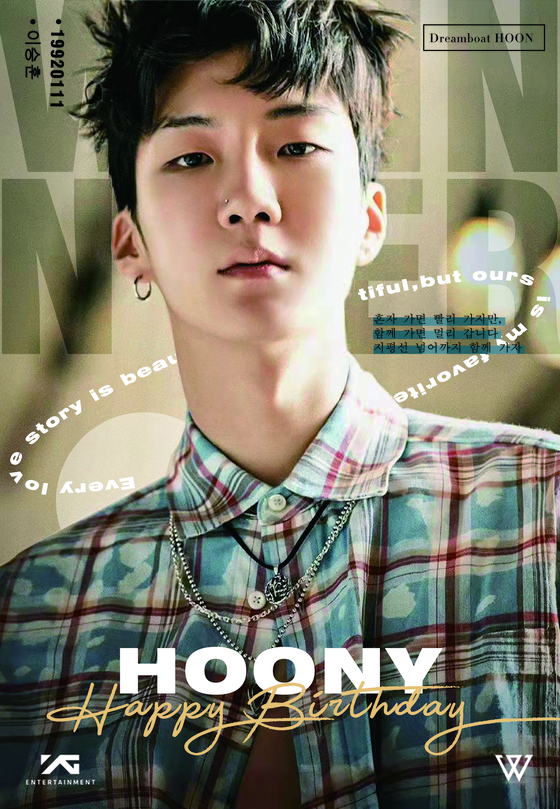 
Lee Seung-hoon, or Hoony of boy band Winner, was discharged from military service on Friday.

Hoony enlisted in April 2020 as a social service worker.

Last August, YG Entertainment announced that Hoony renewed his contract with the company for another five years.

As Winner’s Jinu, or Kim Jin-woo, was also discharged in December, fans are expecting the band to return with new music.

Winner’s Mino, or Song Min-ho, also hinted at the band’s comeback when he said “Please look forward to 2022 as we are preparing to return as Winner,” during a press conference for the release of his album “To Infinity.” in December.