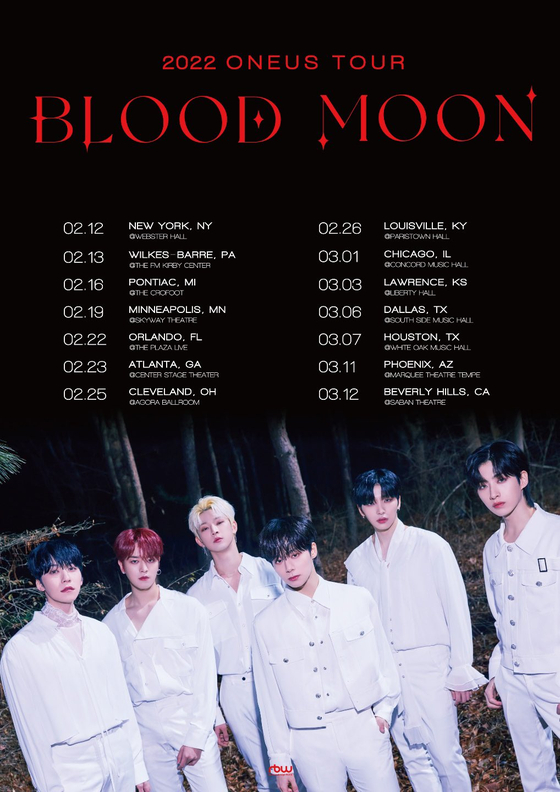 It is Oneus’s first American tour since November 2019.

“[Oneus has shown] unique concepts and outstanding musicality since its debut,” RBW said. “With this tour, the band aims to stabilize its status as a ‘global megatrend group.’”

Oneus debuted in January 2019 with the EP “Light Us.” The band has six members: Ravn, Seo Ho, Lee Do, Keon Hee, Hwan Woong and Xion.

Its most recent EP “Blood Moon” was released in November and sold more than 170,000 albums during the first week. The lead track “Luna” also won Oneus’s first No. 1 spot in MBC’s “Show Champion” (2012-), a weekly TV music show.

RBW is home to K-pop acts Mamamoo, Onewe and Vromance.