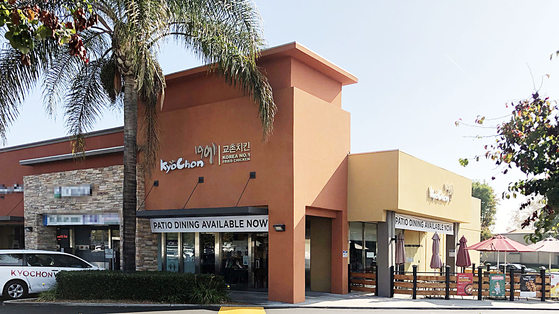 
Hawaii will get its first Kyochon F&B fried chicken outlet this year, with more branches on the way.

Kyochon F&B announced Thursday that its subsidiary Kyochon Franchise LLC signed a franchise agreement with Hawaii-based retailer BMH. The agreement is a multi-branch deal for Hawaii.

The first outlet will open this year on Honolulu's Keeaumoku Street.

Kyochon F&B is the largest fried chicken franchise in Korea by revenue, followed by BHC Chicken and Genesis BBQ.

Kyochon F&B's only U.S. branches are three in California operated by Kyochon F&B's U.S. subsidiary. The company believes BMH will be a good franchisee in Hawaii because it knows the territory.

"Hawaii is an area where people spend a lot on eating out and a place known as a global tourist destination, making it a good opportunity to promote the Kyochon brand not only to Hawaii locals but also to people from other countries," said So Jin-sei, chairman of Kyochon F&B, in a statement Thursday. "Starting with the deal in Hawaii, we plan to franchise our brand even on United States' mainland."

The company is searching for good franchisees in the U.S. According to Kyochon F&B, there were over 70 companies that showed interest in signing deals with the brand due to its presence at the 2022 Multi-Unit Franchising Conference in Las Vegas in March.

Kyochon has 68 branches in 15 countries including China, Thailand and Malaysia. It signed a franchise deal in the United Arab Emirates last year, and opened three restaurants in Dubai.