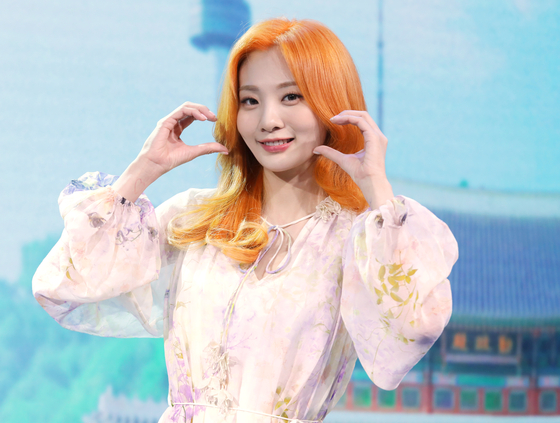 An Ji Yeong of one-person-band BOL4 poses during a showcase held on April 20 for her new EP "Seoul." [SHOFAR ENTERTAINMENT]


An Ji Yeong of one-person band BOL4 is back with the new EP "Seoul."

The singer came out of a two-year-long period of intermittent activities after the former duo started again as a solo act, but she has found peace during the time.

The EP's lead track "Seoul" is a breezy, upbeat but soft piece with the same refreshing spring tune that BOL4 is known for. The song holds personal meaning for An, who reminisced on her early days in Seoul after she moved to the city as a college freshman.

"Seoul was the city of my dreams," she said during a showcase held on Thursday. "I moved to Seoul for college and met a lot of friends who were musicians or music majors like me. I wrote 'Seoul' thinking about the dreams and love for music we felt back then. I want to show people how beautiful that Seoul was to us." She posed in front of an image of Namsan Tower, a symbolic landmark in Seoul, at the showcase.

"My time in Seoul has been filled with passion, lots of love, but also pain," she said as she explained how she came up with the EP's title. "Seoul, to me, is filled with such emotions." 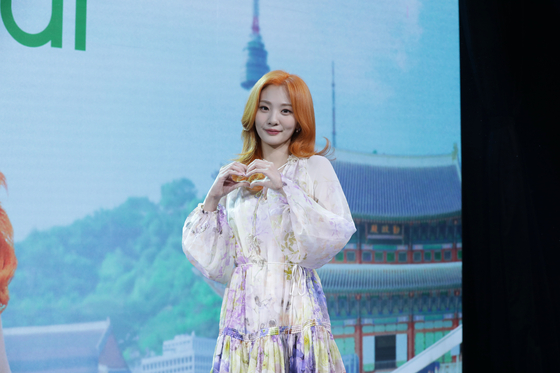 
After member Woo Ji-yoon of the former duo left the team in early 2020, An has been striving to establish herself as a solo act while retaining the musical identity of BOL4 loved by so many. BOL4 released the digital single "Butterfly Effect" in October last year, but it has been two years since its last physical album release.

"Throughout my career, I had a lot of anxiety when writing songs for BOL4," An said. "Spending time during the hiatus made me think I should take on a more relaxed mindset."

Woo is also currently active in the music scene as a solo act under the alias Odd Child. 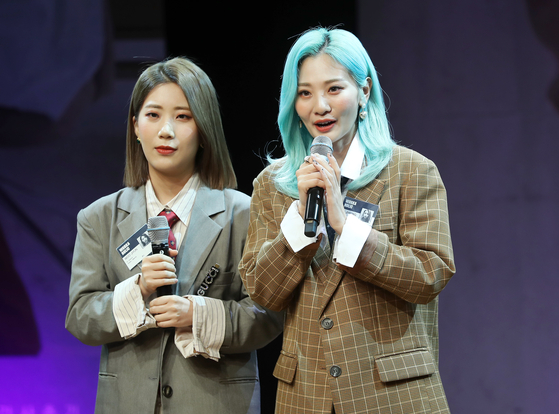 
BOL4 originally started as an indie band formed by An and her friends she met in high school, in the small city of Yeongju, North Gyeongsang. The team of four friends appeared on "Super Star K 6" (2014), the sixth season of cable channel Mnet's popular audition show. Although the group did not go far on the show, An and Woo were able to officially debut as a duo in April 2016 through BOL4's first EP "RED ICKLE."

Since BOL4 debuted as a rather obscure independent artist, the band's debut was initially met with little reaction. But its breakthrough moment came not long after, in August 2016, when the group released its first full-length album "Red Planet" with the lead track "Galaxy," which initially entered charts at low rankings. But the comforting ballad with a bubbly beat soon gained traction and became the chart-topping number that shot BOL4 to stardom.

BOL4 originally started as an indie band formed by An and her friends she met in high school. The team of four friends appeared on Mnet's audition show "Super Star K 6" (2014). [SCREEN CAPTURE]

BOL4 is set to hold a concert on May 14 and 15 at Olympic Hall in southern Seoul's Olympic Park.

"It's been so long since I performed in person," An said. "I've been rewatching videos of me performing so I can get a grasp of what it felt like. I'm so excited to meet fans again, and they're known to sing along so well! I can't wait for May 14 and 15." 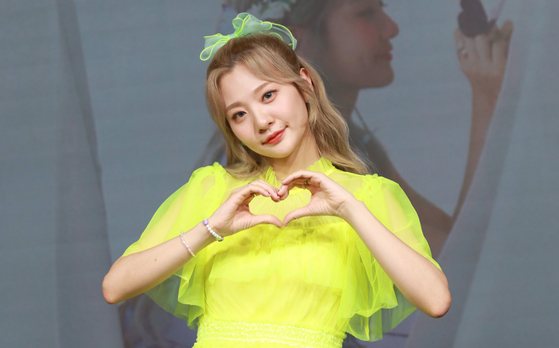 This information was confirmed by Shofar Entertainment on April 20, 2022.