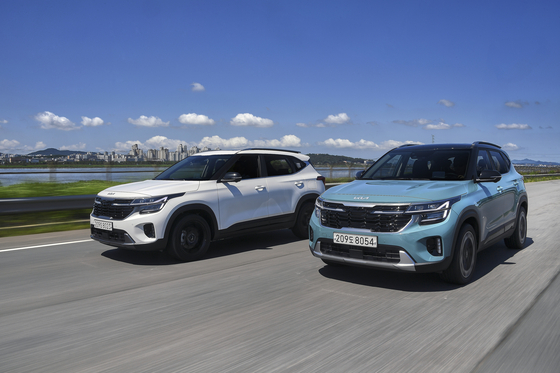 A total of 21,517 Seltos SUVs were sold in the first half, beating the No. 2 Kia Niro by a safe margin with some 15,570 units sold, according to data from auto market tracker CarIsYou.

Kia’s latest Seltos, though only partially revamped, has a noticeably changed exterior design with major upgrades on the features.

The Korea JoongAng Daily recently took the blue-colored Seltos for a 64-kilometer (40-mile) roundtrip journey from the Seoul Wave Art Center in southern Seoul to a cafe in Namyangju, Gyeonggi.

From the outside, the new headlamp makes the car look like a completely new vehicle. The mesh-design grille and sleek LED headlamps provide a sharper look than its predecessor and reminded this reporter of the Carnival van from the same brand.

Measuring 4,390 millimeters (173 inches) in length, 15 millimeters longer than the previous version, it has a longer body than its rivals on the market including SsangYong Motor’s Tivoli and Renault Korea Motors’ QM3. 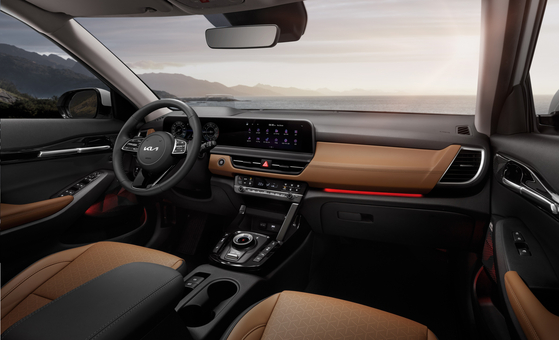 Interior of the Seltos SUV [KIA]


The back seats are also spacious, making it a good choice for a family car.

Taking the wheel, the car seemed to offer a fuller view of the road as the dashboard has been lowered slightly.

Driving was smooth and unexpectedly quiet. The previous version of the Seltos was often criticized for being loud, widely known as one of its main downsides.

Kia said it applied acoustic glass windshields on the windows to guarantee a quiet ride.

To verify the claim, this reporter purposely turned off the air conditioner for a portion of the drive to check the noise level. The test course was free of construction sites, and this reporter heard hardly any noise when the windows were closed.

One downside is that the car is only available with a gasoline engine.

Its competitor Renault is expected to release a hybrid model of the QM3 in the second half.

The trunk capacity stands at 498 liters, the largest of any compact SUV available in the local market. The truck is able to carry three golf club bags and three duffle bags, according to the company, great for camping lovers or family trips.

The sticker price begins at 21.6 million won ($16,600). The price was increased by some 2 million won from the previous model, though Kia explained the price raise is relatively small compared to the value of the features it upgraded for the car.

Kia first introduced the Seltos SUV in 2019, and more than 500,000 units have been sold globally so far. It is the automaker’s second best-selling model in the global markets. 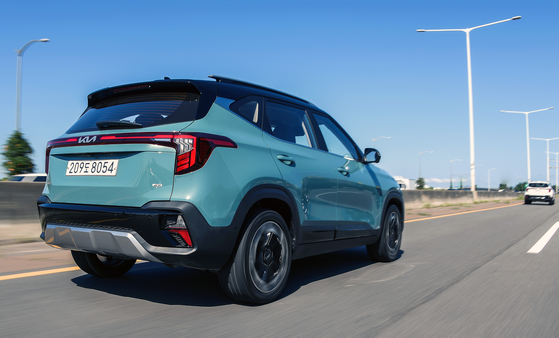 The back of the Seltos [KIA]