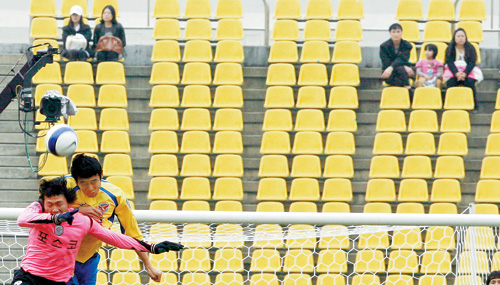 Only 8,724 turned out Saturday in Seongnam, Gyeonggi province, for the first Korean league soccer game of the season between defending champion Seongnam and Chunnam. [YONHAP]