Adoptee sifts through a stolen past

Adoptee sifts through a stolen past 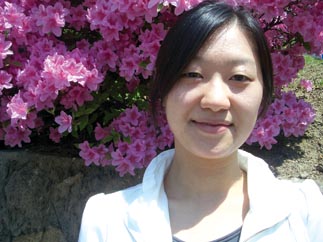 At the age of 3, Lily Schur was kidnapped from her parents and adopted away to the United States.
Now 22, Lily is a brightly smiling young woman with a positive outlook on aspects of her past that are just beyond the reach of her memory.
Having been adopted by a white American family, she first returned to the Korean Peninsula at age 13 as part of an adoptee program. “There was that feeling that I’d been here before,” said Lily, whose Korean name is Kim Jang-mee. “Even to this day, I’m not sure if it’s a real memory.”
It was during that trip that she first met her birth mother. “I found out a day before that I was going to meet my mom,” she said. “She was very emotional, constantly apologizing.” Lily’s smile doesn’t falter as she describes the experience. “She seemed like just another person,” said Lily. “I think my experience would have been different had I been older.”
Her mother insisted on explaining what had happened. Her birth father’s strict parents did not believe that Lily’s parents were capable of taking care of her. One day, they took her to Seoul (the family lived in Busan), and quickly put her through the adoption process. “By the time my parents found out I was gone, I had already been adopted,” said Lily.
Now she is back living in her native country and studying Korean from the ground up. She is writing a thesis for the University of Minnesota about the experience of the many Korean children, now adults, who were adopted during the years of economic hardship after the Korean War.
“People would joke that Korea’s main export was babies,” she said, estimating the number of adoptees around the world at 200,000.