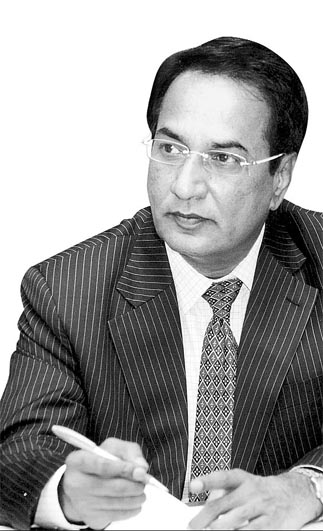 In a suggestion that may sound like a threat to the job security of English teachers from Anglo-Saxon countries, India’ss ambassador to Korea says the large-scale import of English teachers from India could be a cheap and effective way to help Korea become a better English-speaking country.
Indian Ambassador Nagesh Rao Parthasarathi, 52, says Korea needs as much exposure as possible to an English-speaking environment.
“In order for Korea to take its English speaking to a higher level, the Korean government needs to allow students to learn a variety of subjects from native speakers so that students will grow accustomed to speaking in English,” the ambassador said.
Practice is the key, Parthasarathi said, to the high command of English by students in non Anglo-Saxon countries such as India, Singapore, the Netherlands and Finland.
“If Korea secures enough native speakers as teachers from countries like India, it will be only a matter of time before its English level advances beyond the current standard,” Pathasarathi said.
After coming to Korea in September 2005, the ambassador wondered why Korea cannot play a larger role in the international community that matches its status as the world’s 12th-largest economy. Not long after his arrival, he learned of Korea’s struggles with English.
The ambassador told the story of a Korean entrepreneur he met in Seoul.
The businessman had earned a masters of business administration degree from a top-notch university in Korea. Despite the MBA, he had to take an interpreter everywhere he went because he had trouble getting his messages across in English.
That story is a microcosm of the challenge facing Korea.
“Without a change in the current English instruction method, Korean companies will be limited in their opportunity to grow as global players,” Parthasarathi said.
He said the lack of a command of English stems from a poor English instruction system. That factor will also put a limitation on the ability of Korean youngsters to work in other countries, Parthasarathi said.
It’s not for a lack of effort, however.
“Korean youngsters are very passionate and talented,” he said. “If they could add to that enthusiasm a better command of English, they will be able to make inroads into the world’s workforce.
“It will also help the country deal with the issue of high unemployment among the young.”
Parthasarathi said India has an abundant pool of cheap and qualified English teachers whose ability has been verified internationally.
He gave Tutor Vista as an example. For a fee of $100 a month, Tutor Vista, an India-based online tutoring service provides high quality tutoring on any subject from an Indian teacher in English. The service even became popular among Americans after it was introduced in The New York Times at the end of last year, he said.
While there is no doubting the English skills of Indians, Koreans can be fussy about accents.
“Koreans tend to regard American English as the only English,” the ambassador said.
He said a key to English as a global language is communication, while an American accent, pronunciation and grammar are only secondary issues.
In the final analysis, the important thing is an ability to understand and answer questions in English, he stressed. While he serves in Korea, Parthasarathi plans to invite Korean students to India to show how effective learning English from Indian teachers can be.