This American Life in Korea

This American Life in Korea 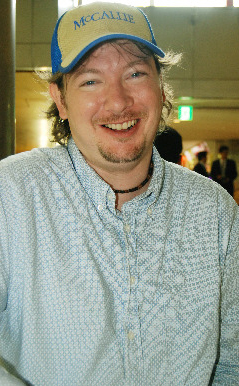 “This American Life” is a U.S. radio show gaining worldwide popularity for its enchanting storytelling. The weekly program, streaming into Korea through a podcast, is comprised of different stories on a certain theme.
An American living in Anyang, south of Seoul, is doing a weekly podcast that he hopes will emulate the popularity of the U.S. radio show.
Unlike This American Life, however, the theme of “Seoul Podcast” never changes — it’s all about Korea.
“I wanted to create an outlet to talk about Korea, and no one else was really doing it,” Joe McPherson, 34, said of his podcasting in a recent interview in Seoul.
It took several months for McPherson, an English teacher from Alabama, to bring the idea to fruition after it came to his mind last winter.
In March, the first episode of the Seoul Podcast went on the air with McPherson moderating the show at his home. Jennifer Young, his friend in Korea, joined him as a co-host. The two talk via Skype, an Internet telephone service. The topics of each episode of the podcast range from politics to economy to culture.
“We come to everything that’s in the news. We even talk about Bae Yong-joon,” McPherson said, mentioning the famous Korean actor.
To make the show more than a two-way conversation, the moderators invite a panel each week that shares opinions on Korea. But more voices are heard on the program. 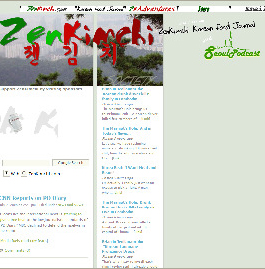 As a fun factor, McPherson is impersonating King Sejong, a Joseon Dynasty king that invented the Korean alphabet. The fake King Sejong, according to McPherson, is filing a void in the show in a comic way.
For instance, King Sejong opens the show saying, “King Sejong reminds you to turn off your fan. Fans kill.” Electric fan death, reported occasionally in the local media, is thought to be true by some, but is considered a myth by most.
McPherson said despite jokes and complaints they sometimes make about Korea during the show, the Seoul Podcast is not meant to be offensive to the nation. He said he wants to use the outlet to spread his affection for Korea throughout the world.
“It is a creative outlet for me. I like to do it and people listen to it,” he said. Podcasting is not the only thing he does regarding Korea. A food aficionado, McPherson has run a Web site about Korean food since October 2005. The ZenKimchi (www.zenkimchi.com) offers tips about what and where to eat in Korea.
McPherson claims it is the first English-language Web site about Korean food.
That, McPherson said, is the reason he was contacted by a Hong Kong-based magazine, which asked him to be a judge for an Asian restaurant guide to be published this autumn. “The Miele Guide,” seeking to become the Asian version of the Michelin and Zagat guides, will publish a list of restaurants throughout the region based on recommendation from 84 judges.
McPherson is one of a half dozen judges for Korean restaurants.
“I am not getting paid for it,” McPherson said.
“But they picked me out for Korea. It’s prestige.”
McPherson wants to do more to promote Korean food that he enjoys so much.
“I am now in the process of introducing Korean food to a bigger magazine in America. I am trying to show off Korean food,” he said.