Why do airline companies impose an oil surcharge?

Why do airline companies impose an oil surcharge? 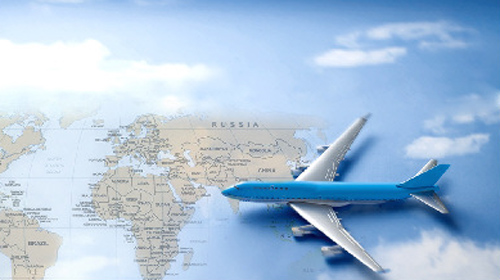 Everywhere one turns today, one hears gloomy news: “The cost of oil has risen so sharply and we need to use less.”

The high price of oil has nowadays become a major topic of everyday conversation.

Some unfamiliar words have come out frequently in the news; it would help us understand what is happening in the world economy if we learn what they mean.

For example, the term “oil surcharge [alternatively, fuel surcharge] system” has been used a lot recently. This term refers to extra fees charged to offset the cost of fuel use.

The oil surcharge on your airfare when you fly is a good example.

When oil prices go up, the surcharge advances as well, and vice versa.

But how much airline operators impose as a surcharge is not something that they can decide on without approval from the Ministry of Land, Transport and Maritime Affairs.

What gave birth to the oil surcharge system?

Governments, Korea’s included, created the measure to help lighten the cost burdens on transportation businesses that need to use a lot of fuel to operate. The system helps cushion the impact of rising fuel prices on their operating costs.

If an airline company makes a budget based on fuel costing 1,000 won ($1) per liter and the cost suddenly surges to 2,000 won per liter, the aviation business will suffer.

Korean Air and Asiana Airlines said they had forecast international oil prices (on the benchmark West Texas Intermediate crude) would hover around $85 a barrel throughout this year.

But the price of crude has already surpassed $130 a barrel.

Korean airline firms say an increase of $1 per barrel means for them additional costs amounting to an annual 30 won.

This might be why Korean Air lost 325.5 won in the first quarter of this year.

Knowing this helps us understand why airline operators complain that if oil prices rise further, they might have to shut down their businesses.

In the United States, an increasing number of airliners are filing for bankruptcy due to soaring oil prices.

ATA, Aloha Airlines and Skybus Airlines shut down and the world’s No. 2 airliner, United Airlines, trimmed the number of its planes in operation by 70. It also laid off 1,100 workers.

How are oil surcharges set?

The oil surcharges that Korean airliners impose are updated every month.

Previously, they calculated the average oil prices for the past month and designated the amount to charge for the following month.

But beginning this month, oil surcharges will be updated once every two months.

There is another change in the method of charging oil surcharges.

Until last month, Korea applied 16 stages to setting the level of oil surcharges.

MOPS is a measure of fuel oil pricing in Singapore, referring to the mean price of oil traded through Singapore based on data from Platts, a commodity information and trading company.

Korea uses that measure as a benchmark for oil surcharges.

The setting was created when Korea did not expect that oil costs would jump so much as this year.

But starting this month, the top ceiling was adjusted to 479 cents per gallon, and the number of stages has been expanded to 33 from 16.

How much do the oil surcharges account for the cost for an air ticket? It’s not easy for everyone to figure it out.

The fee consist of transportation, oil surcharge and a variety of taxes: 76 percent, 19 percent and 4 percent, respectively.

How about domestic flights?

Oil surcharges had not been imposed on domestic fares in the past, but starting this month they will be.

A domestic flight would tack on an additional cost of 15,400 won under the change.

Other important oil benchmarks are North Sea Brent Crude and the Dubai Crude.

The WTI is an underlying commodity of New York Mercantile Exchange’s oil futures contracts and is produced in western Texas and southeastern New Mexico.

It is not for export but for domestic U.S. demand.

It is the most expensive among the several oil benchmarks and is considered of the highest quality, because it involves the least costs for refining due to its low percentage of sulfur content.

Brent Crude is the biggest of the many major classifications of oil.

Brent Crude is sourced from the North Sea and is used to price two- thirds of the world’s globally traded crude oil supplies.

It is generally used for pricing Persian Gulf crude oil exports to Asia.

Korea is also a major buyer of the oil due to geographic proximity, although Dubai Crude is slightly lower in quality than WTI.