The agile ‘small boat’ of finance

The agile ‘small boat’ of finance 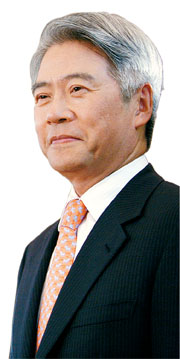 Lee Yang-gu founded the Tong Yang Group as a cement company back in 1957, but over time it has repositioned itself as a powerhouse financial company.

Today over 70 percent of the group’s sales come from its finance-related subsidiaries, including Tong Yang Life Insurance and Tong Yang Securities.

The latter has recently expanded its presence on the securities market, particularly in cash management accounts, or CMAs.

It now has the most CMA customers among Korean securities firms at over 3 million. On the basis of this success, it has also become a prominent provider of loan and investment services.

Tong Yang Life Insurance Co. has turned a profit for 10 consecutive years, and its steady growth has helped accelerate the transformation of Tong Yang Major Corp. into a holding company. 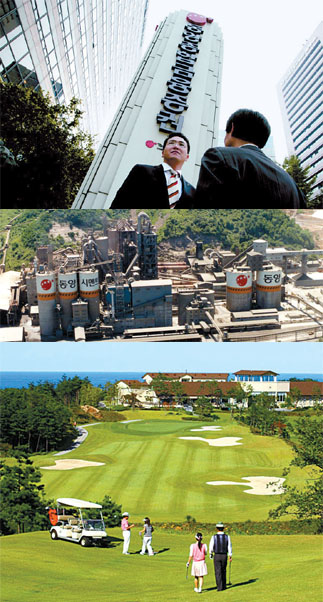 After passing the Korean bar examination in 1970, Hyun worked as a prosecutor in Busan. It was during those years that he met Lee Hae-kyung, the oldest daughter of Tong Yang founder Lee Yang-gu. They married, and Hyun started his new life at Tong Yang.

His first position at the company was as an executive at Tong Yang Cement in 1977. It was around this time that Hyun became interested in finance, in which he utilized his experience learning about global markets as a graduate student in business administration at Stanford University.

He is known to hold meetings of Tong Yang Group subsidiary CEOs every month.

Besides being chairman of the group, Hyun is also a noted finance expert and head of the economic policy committee of the Federation of Korean Industries.

In five years, he was able to turn this small securities firm, capitalized at around 2 billion won, into one of the top 10 securities companies in Korea.

After this, Hyun launched one finance company after another for Tong Yang - Tong Yang Economic Research Institute in 1987, Tong Yang Investment Management in 1988, Tong Yang Life Insurance and Tong Yang Venture Capital in 1989 and Tong Yang Futures Trading in 1990.

In 1990, after purchasing the investment subsidiary of Daewoo, Tong Yang Group started building a foundation as a finance group, leaving behind its history as a cement and confectionery company.

Hyun became chairman of the group in 1989. But the late 1990s brought the company’s biggest challenge yet - the Asian financial crisis.

His strategy for survival was “speed management.” He explained that “for a big boat to change direction, it needs to move ‘big’ as well, but a small boat can change direction any time it chooses. Tong Yang has this kind of ‘small player’ advantage.”

After the crisis passed, Hyun started to expand the group’s manufacturing wing from cement and retail to value-added businesses such as construction and ready-mix concrete. Although the group now sees most of its sales from its finance companies, it was built on the success of Tong Yang Cement.

Tong Yang Confectionary, also founded by Lee Yang-gu in 1956, separated from Tong Yang Group in 2001 and changed its name to Orion Confectionary. It is headed by Chairman Dam Cheol-gon, who is married to Lee Hwa-kyung, Lee’s second daughter.

Roh Yung-in, vice chairman and CEO of Tong Yang Cement and Tong Yang Major, a construction materials firm and maker of ready-mix concrete, has watched the group develop from its early years. Roh started his career at Tong Yang Cement in 1969.

He was head of Tong Yang Life Insurance for three years, but returned to Tong Yang Cement as CEO in 1998 and revived the company through overseas exports (the domestic market was then in a slowdown). He is known to be good with numbers and to have a direct, hands-on management approach.

Park Joong-jin, vice chairman and CEO of Tong Yang Life Insurance, has worked in Tong Yang’s finance-related subsidiaries including Tong Yang Securities for over 20 years. He has been involved with three major mergers and acquisitions for the group. Under his leadership, Tong Yang Life has been in the black for a decade straight. Park recently said that he plans to increase the company’s market share to 10 percent by 2012.

With a background in consulting, Yeom Yong-woon, president of Tong Yang Magic, has a reputation as a great strategist. He started at Tong Yang in 1998 as an executive sales director at Tong Yang Magic, which sells household appliances. Yeom is now focused on spreading the Magic brand overseas.