Annals of the Joseon Dynasty to be translated

Annals of the Joseon Dynasty to be translated 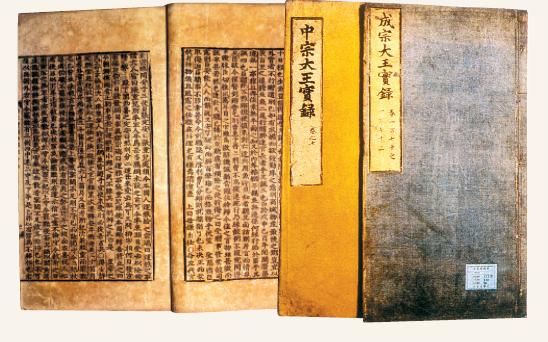 The Annals of the Joseon Dynasty (National Treasure No. 151) will be translated into English by the year 2033, with the National Institute of Korean History at the helm.

The documents are detailed annual records on national affairs, diplomatic affairs with neighboring countries, the economy and the daily lives of the kings and royal families. The documents comprise 2,077 volumes and were written over a period of 472 years throughout the reign of 25 kings during the Joseon era, which ran from 1413 to 1865. Translation of the ancient documents is expected to take more than two decades at least.

The National Institute of Korean History, a governmental organization, has secured a budget of 500 million won ($434,500) for the first phase of the project this year. The institute estimates that it will need about 40 billion won until the project is completed in 2033.

The documents were translated from the original Chinese into Korean in 1993.

With this project, the documents may be translated directly from Chinese into English, rather than from the Korean, which some believe will produce a more accurate translation of the texts. Translators may also translate the Korean text into English to expedite the process, but some have discouraged this because errors have been discovered in the translated Korean text.

If the job were to be done directly from Korean to English, the speed of the entire process would largely depend on how many English-speaking experts with specializations in reading ancient Chinese texts could be found.

The institute plans to start the translation work in 2014.

First, however, the institute will do a test translation of assorted sections of the text to gauge the amount of time that will be needed for the translation work.

During this time, the institute will also work to standardize the names of places, people or things that recur throughout the document in order to make the translation work easier.

“Because the language in the annals changed during the 472 years the text was written, we need standards to make the translation process run smoothly,” said Park Han-nam, a research fellow at the institute.

The Annals of the Joseon Dynasty are considered a treasure trove of Joseon-era history. Since the records of latter period of Joseon Dynasty are seen as having been compromised by foreign pressure or titled without the word “Joseon,” only the records from Taejo (1335-1408), the first king of Joseon, to Cheoljong (1831-1863), the 25th king, are included within.

The need to translate the document into English arose after they were entered into Unesco’s Memory of the World in 1997.

The original text and the Korean language translation are available on the National Institute of Korean History Web site (www.history.go.kr). The English translation will also be posted on the site when complete in 2033.