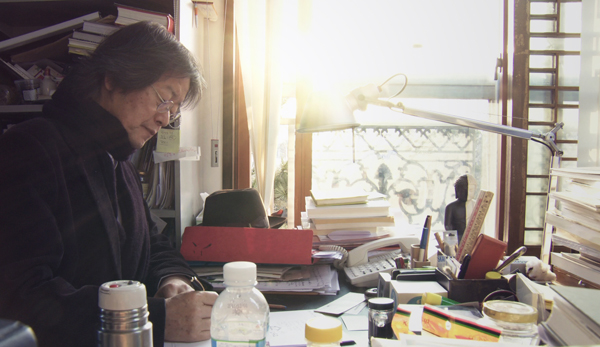 Maverick Korean architect Chung Guyon (1943-2011), above, appears in a still from “Talking Architect,” a documentary about his life that was directed by Jeong Jae-eun of “Take Care of My Cat” fame. Provided by Dootayeon

Director Jeong Jae-eun, who made a grand debut in the local movie scene more than a decade ago with the feature film “Take Care of My Cat,” comes back with her first documentary, “Talking Architect.”

The 95-minute film follows maverick Korean architect Chung Guyon (1943-2011) during the last year of his life, while he was suffering from colorectal cancer. 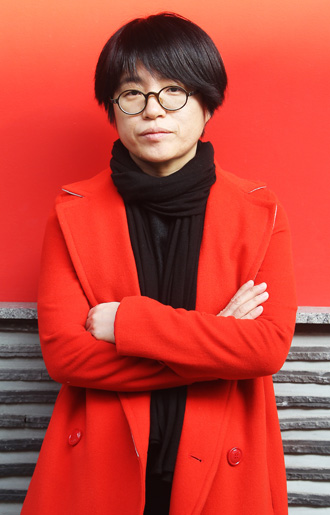 As with any kind of change, the director admitted the transition from features to documentaries was awkward and nerve-wracking at first.

“When I began shooting this film, I approached everything, from hunting for locations to camera angles, the same way I would have approached a feature film,” the 43-year-old director said during a press event for the film earlier this month.

“I would tell Mr. Chung to walk slowly from one side of the road towards the camera and I’d give him directions. But I soon realized that this approach made the film rigid and strange and I had to remind myself that I wasn’t shooting a feature.”

She added that by taking a looser approach, she discovered that Chung was, in his own way, a brilliant actor, who knew which angles work best in front of the camera and how to dramatize certain aspects of his dialogue.

And there certainly is drama in “Talking Architect.”

As Chung works around his office and goes on field trips, we see him fume with anger in Muju, when he finds out that the local government authorities have altered his original design for an amphitheater. And while organizing an exhibition of his life’s work at the Ilmin Museum of Art during the winter of 2010, we see Chung argue relentlessly with the museum curator on the direction of the exhibition.

“I think that ‘characters’ like the Ilmin curator were crucial to the film, because even with documentaries you still need a source of friction or drama to emphasize your story,” said the director.

In the film, Chung, one of the main figures in the second generation of contemporary Korean architects, is repeatedly referred to as a “rebel” and an “outsider” in the architecture world, with no school connections in Korea (he studied in France) and an unorthodox work style.

As a charismatic, smooth talker, Chung shines throughout the film. Through his comments on urban planning and architecture, the audience gets a general sketch of the conflicts between the evolution of the city’s design and the government’s push for economic growth.

“An architect’s job is to take care of people by organizing their space, especially with public buildings,” Chung says in the film.

Bae Doo-hwan, the brother of “Take Care of My Cat” actress Bae Doo-na, made the music video for the film, which is potentially the first music video ever made for a Korean documentary.

“When I was making the music video for this documentary, I was thinking about three key concepts to summarize the life of Mr. Chung, an architect who talks about people, society and time,” Bae said during the press event. “I think this might be the first time that a documentary has had a music video, but I felt really honored to work on it.”

With all his eccentricities and adamant criticism of the current government’s urban planning policies, Chung made for quite the captivating lead, and the director said she couldn’t have asked for a better character than him.

Jeong said that more than anything else while she was making the documentary, she has learned how to let go.

“I gave up a lot of the artistic direction while shooting this film and I think that helped the film in the end, because the story and the subject, Mr. Chung, were story enough,” she said.

“Since this is a documentary, if I had added artificially dramatic elements and bits of this or that, I think the film would have lost its great solemn quality.”

Actress Bae Doo-na said that she was surprised at how much the director let go in this documentary.

“I have seen director Jeong Jae-eun work first hand for 10 years and she is someone who never compromises. In fact, during the filming of ‘Take Care of My Cat,’ I remember that she insisted we shoot for three straight hours in the cold to get one, short shot,” Bae said during the same press event.

“But I was quite taken back at how much she let go in this new film. I think by the end of the film, I could definitely feel her particular stamp on it - the way she unfolds the narrative in a very calm fashion.

“I think her subtlety was what really let Mr. Chung shine.”