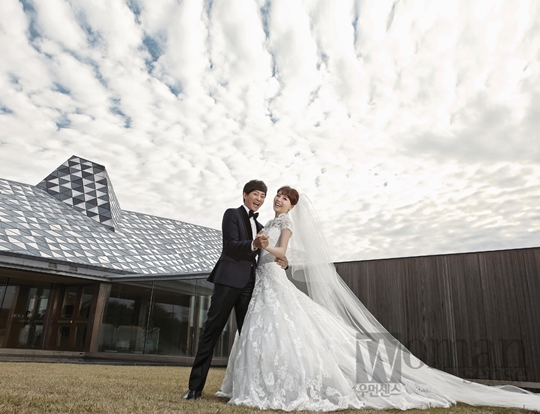 Actor Choi Soo-jong and actress Ha Hee-ra released photos of themselves in wedding attire to celebrate the 20th anniversary of their union.

The couple, who got married in 1993, has two children.

They took the photos at their summer house in Jeju to celebrate their marriage, and the photos are being featured in this month’s edition of Woman Sense, a fashion magazine.

Choi and Ha agreed on taking the photos of their wedding gowns because they thought they would look a lot better now than in the future.

The couple, who got married in November, spends every November helping others in need. They have gone to Cambodia with a team of medical professionals to provide help, and have joined others to cook for children who can’t afford to eat healthy food.