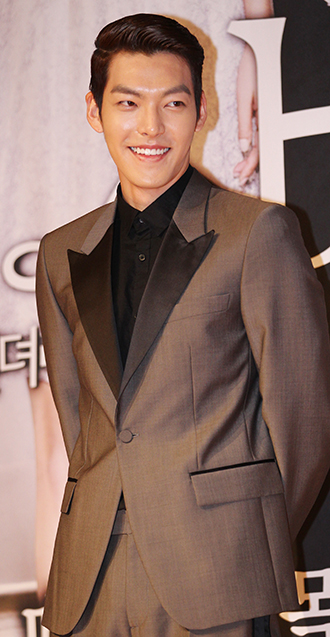 Kim Woo-bin, the hottest rookie on the SBS drama “The Inheritors” (2013), joined the cast of the MBC reality show “Four Sons and A Daughter” yesterday in Chuncheon, Gangwon. But don’t get too excited -- he only appears on the show for a special episode.

The show is similar to reality shows that focus on traveling, but one thing that differentiates this show is that the cast forms a “family” during its five-day journey.

In this episode, Kim joined the original cast, including comedian Kim Gu-ra, actor Kim Min-jong and Kim Jae-won, as well as former basketball player Seo Jang-hoon. Actress Lee Honey takes the role as the only daughter in the so-called family.

After a huge success in the Korean drama scene, Kim will move into the film industry this year. He has currently been cast in the lead role in the upcoming film “The Technicians.”

“Four Sons and a Daughter” airs at 10 p.m. on Fridays. The airing date of Kim’s episode is not confirmed yet.