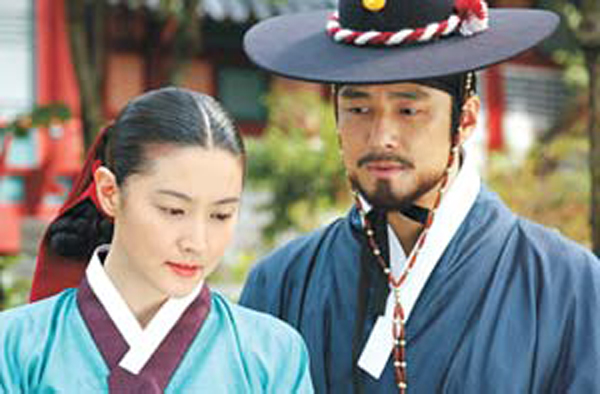 Lee Young-ae is said to be looking favorably at the proposal to reprise her role in “Dae Jang Geum” in October. Provided by MBC

Eleven years after it captivated the world with its quintessential Korean flavor, the drama “Dae Jang Geum” is coming back for a sequel. But industry insiders wonder whether actress Lee Young-ae and this series can reignite their old magic, or if they will be outdone by the latest mega-hit “My Love From the Star.”

Back in 2003 “Dae Jang Geum,” which is also commonly known as “Jewel in the Palace,” became a pioneering Korean drama for winning over Chinese fans, and then rest of Asia and much of the world. If Lee accepts MBC’s proposal for a new series, the drama will also mark Lee’s return to the spotlight for the first time since getting married in 2009.

For now, it looks like Lee is interested, and MBC confirmed to the JoongAng Ilbo on Thursday that preparations are being made for the drama to air in October. While Lee has been asked to resume her role as Jang-geum, the rest of the cast is still undecided.

Lee’s representative also confirmed the details with the JoongAng Ilbo.“We received the synopsis from Kim Young-hyun,” said the spokesperson, referring to the writer of the original series who is also returning for the sequel. “While we haven’t said yes we are leaning toward the affirmative.”

The sequel will take over the Monday and Tuesday night drama time slot at 10 p.m., currently taken by “Empress Ki.”

Scheduled to return as a 36-part series, the drama will show Jang-geum’s new life as a mother, wife and teacher, and the new challenges she faces.

Spoiler alert: Jang-geum will reportedly lose her husband and her daughter will be kidnapped and taken to China, leaving Jang-geum to try and find her. The first half of the series will be about her journey to China, where the original series has a big following, and filming will take place there.

But Jang-geum will return home without success, and resume her life by looking for a young successor to take under her tutelage. Jang-geum will choose to train the daughter of Geum-young, Jang-geum’s rival from the first series.

Rumors about the possibility of a sequel have surfaced time and time again, but despite the willingness of MBC, Lee had not shown much interest in the proposals.

But this time Lee is supposed to be more enthusiastic about reprising her iconic role. There are apparently many Chinese investors wanting to get on board with the project, too.

In 2005 “Dae Jang Geum” aired across China, Vietnam, Thailand, Malaysia and other parts of Asia, making it to 91 countries around the world.

The story, about an orphaned kitchen cook who becomes the first female physician to the king, sparked not only an interest in Korean dramas but in its food and traditional culture.

It’s been estimated that the series earned about 111.9 billion won ($103.4 million), and it turned Lee into a much-loved actress in China and an icon for Korean culture.

But professor Min Sung-wuk from Paekche Institute of the Arts cautioned that, although “Dae Jang Geum” was pivotal in advancing the Korean Wave, the sequel could face big challenges.

“It’s been 10 years and, rather than sticking to the proven formula, it needs to focus on producing in a more contemporary fashion in order to attract young viewers,” said Min.