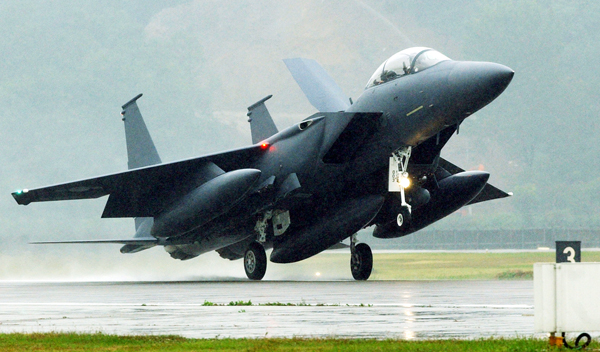 The so-called SLAM-ER missiles, which cost 2 billion won ($1.8 million), have a range of 278 kilometers (172 miles) and their margin of shooting error is only about 2 meters.

Considering the distance between Seoul and Pyongyang is approximately 200 kilometers, a precision-guided missile could strike a goal post in Kim Il Sung Stadium in Pyongyang.

The secret of its precision is a state-of-the-art guidance system that connects the missile, the pilot of the jet and the operation headquarters.

When the 4.5-meter-long missile approaches within a few kilometers of a target, a camera in its nose transmits an image of the target to the pilot or the headquarters so that they can guide the missile exactly.

“Through the last-minute precision-guidance system, the missile can select a certain gate or a window of a building to strike,” a South Korean military official said.

If the SLAM-ER is fired from the air near the inter-Korean border, its range covers the entire territory of North Korea.

Its name is an acronym for Standoff Land Attack Missile Expanded Response.

When asked by reporters Monday why South Korea’s military did not strike North Korean artillery units immediately when shells reached Southern waters, an official of the Ministry of National Defense said it was because the shells from North Korea did not fall onto South Korean land. 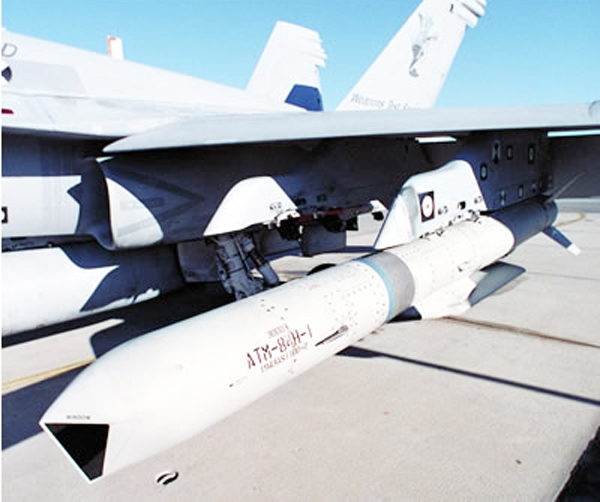 Had the North’s shells landed on Baengnyeong Island, the forefront island of South Korea, the situation would have been totally different, Seoul officials said.

The South Korean military has its own operation to target command-level headquarters of the North Korean Army or higher than that, officials told the JoongAng Ilbo.

The secret plan has GPS coordinates of several inner-circle military commands in North Korea, including the Supreme Command chaired by leader Kim Jong-un and the 4th Corps of the North Korean Army, which is suspected to have been in charge of the live-fire exercises Monday.

Information on the locations was obtained through satellite images, wiretapping, tip-offs by high-ranking North Korean defectors in the South or spies in North Korea’s military, sources said.

“We can detect the operations that North Korea’s military is planning through various ways, including wiretapping, and confirm the exact location of the headquarters in charge of the operations,” an official of the Joint Chiefs of Staff said.

Some military headquarters are located in underground bunkers. They could be destroyed by a GBU-28, an air-to-surface bomb, officials said. Loaded on the F-15K, the bomb is guided by a laser system and penetrates a bunker to blow up facilities inside.