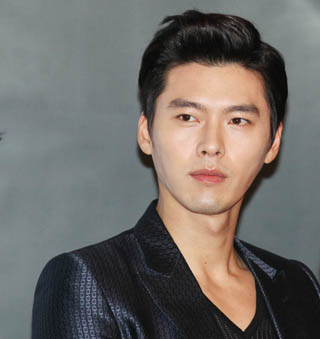 Actor Hyun Bin will return with a new drama series early next year.

According to an exclusive report by Ilgan Sports, an affiliate of the Korea JoongAng Daily, the 32-year-old heartthrob will star in the SBS rom-com drama “Hyde, Jekyll and Me,” which will hit TV screens in January.

The last series Hyun appeared in was “Secret Garden” (2010-11), which claimed viewership figures of more than 30 percent.

In the new drama, Hyun will play the role of a theme park executive.

And although Ku Seo-jin, the character Hyun will take on, has everything from fame to fortune, he distances himself from society after going through a tragic accident.

Hyun’s fictional love interest has not yet been decided.

The new drama series will be directed by Cho Young-kwang from “Queen of Ambition” (2013) and written by Kim Ji-wun from “Cheongdam-dong Alice” (2013).