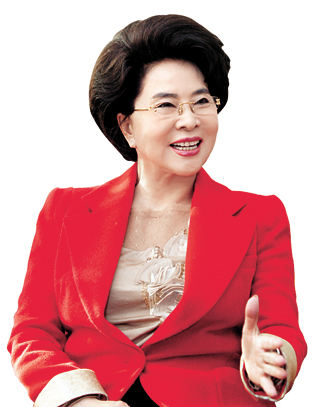 To that end, the school, located in Gyeonggi, established a Liberal Arts College in early May with a curriculum based on personal development and academic convergence.

Mankind, she said, should always come first no matter how developed and tech-savvy a society becomes.

“Our society needs people who know how to concede and coexist with others,” Lee said.

“[As a former doctor, I think respect] for the human body must always come before medical technology. Every job is the same,” she continued. “Even if a person is intelligent, if he or she has a bad personality, it can be harmful for other people and society.

“Gachon University’s goal is to cultivate intelligent students who at the same time have a sense of empathy and respect for others.”

According to Lee, a university’s role is to encourage students to improve themselves, which is why the school introduced problem-based learning in its new college. “In the 21st century, we especially need people who have both knowledge of the natural sciences and humanities,” she said.