On the verge of making it big time

On the verge of making it big time 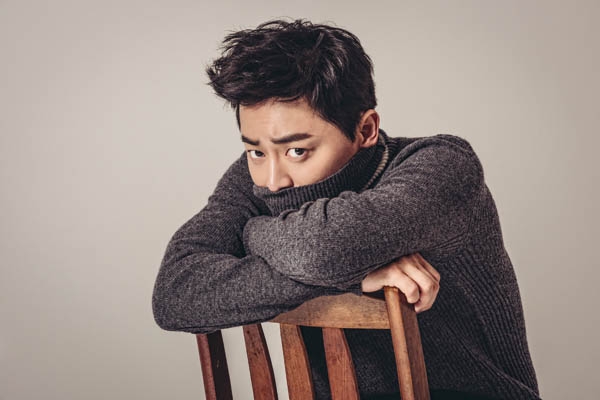 Actor Jo Jung-suk, who gained popularity after playing a supporting role in the film “Architecture 101” in 2012, has now won the chance to play the lead character in “The Exclusive: Beat the Devil’s Tattoo.”

In the movie that opens Thursday, Jo plays a TV news reporter who struggles to get an exclusive story. In this film that embraces many genres, including thriller and comedy, when he thinks he finally gets a scoop, it turns out to be the wrong information.

Expectations are high for Jo’s first lead role, based on his performance in other projects such as the 2013 film “The Face Reader.”

Q. How does it feel to play the lead for the first time?

A. [Playing the lead] means there are more people I deal with [in the movie]. That part I really enjoyed. In previous works, I only acted with some characters, but my character in this movie has to communicate with each and every other actor and actress to lead the story on. I think showing the relationship of one character with another is the most fun when I act.

How did you feel about playing a broadcast reporter?

I think the point of this movie is not about delving deep into the essence of a reporter’s work, but more on how the lead character is being swamped by a case and showing the process well. So in terms of studying the job of a reporter, I [didn’t go too deep but] just watched the TV news to pick up reporters’ habits in their behavior or speaking.

In the movie, your character is drawn to publishing an exclusive report. What tempts the real you?

I once was tempted by money. That was when I was doing musicals, and things weren’t really good at home financially. I had to work as the head of the household. I felt I was so small and felt like I was going back to where I started, without money. If I was only focusing on making money, I would have just gone with any work that was offered. But I kept with it even when my bank account balance was zero.

What helped you overcome such temptation?

For a very long time, I have thought that I need to establish my own image and my filmography by myself. It’s not about making some image that’s only fancy from the outside because that’s [useless]. I’m very proud of all the works I have been in because I took time to decide on them. I didn’t want to damage my image just because of money, although that caused me to run around to borrow money (laughs).

What did you think about this movie involving many different genres such as mystery, thriller, drama and comedy?

I had to think more about how scenes would be viewed by the audience. I needed to keep my distance from the character I was playing while I tried to be the character and act out his emotions.