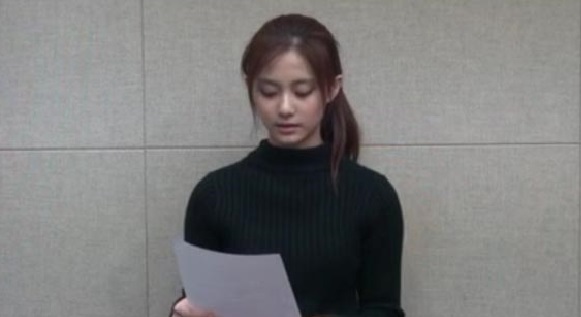 The controversy involving Tzuyu, a member of the K-pop group Twice who waved a Taiwanese flag while appearing on a popular Korean TV show, has continued to mushroom.

The official website of JYP Entertainment, which represents the multiethnic girl group, was hacked on Saturday, and the company is likely to be sued for racial discrimination and violation of human rights by the Center for Multicultural Korea.

Local companies that had recruited Twice as their public ambassadors have replaced pictures of Tzuyu or said that the Taiwanese girl did not officially represent them, even though they signed endorsement deals with Twice.

Amid the heated controversy, culture critics say JYP and CEO Park Jin-young were not well prepared for a crisis.

“Making Tzuyu read pages of apology in front of a camera was the worst thing Park ever did,” said culture critic Kim Heon-sik. “Everyone knows Tzuyu, the 16-year-old girl, was a scapegoat, but Park made her go to the front. Park always describes his musicians as artists and he oftentimes talks about requirements for artists when he is on TV, but he did not protect his artist when his product was on the verge of losing its marketability.

“This controversy shows K-pop is not a cultural product but it is just made for money,” Kim added. “If Taiwan was a bigger market, Park would not have said sorry.”

Tzuyu stirred up controversy after she waved the flag of Taiwan on the Korean entertainment show “My Little Television.” The scene wasn’t aired on national television, but the footage was posted on the Internet in November. Then some pro-Chinese celebrities labeled her as an advocate for Taiwanese independence. 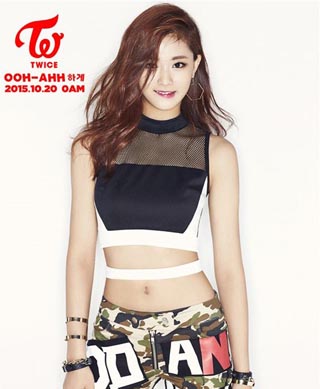 “There needs to be principles for risk management,” he said. “One of the principles is drawing a sharp line between culture and politics. Park should have said there was no political intention [in the act of waving the Taiwanese flag].

“Park said there was no political intention at the beginning of the controversy, but he changed his stance over the issue as the controversy grew bigger and decided to sacrifice Tzuyu. In addition, he went further and said sorry for ‘not teaching her well in the absence of her parents.’”

In response to the criticism over Park’s management, JYP issued another statement on Monday and said it did not force Tzuyu to apologize for the controversy.

“Tzuyu’s parents came to Seoul and they discussed with Tzuyu and made a final decision. A company can’t force an individual’s beliefs.”

The Center for Multicultural Korea said Monday that it will sue Park and JYP Entertainment for racial discrimination and violation of human rights.

“It is very natural for a 16-year-old girl who was born and raised in Taiwan to wave the flags of Korea and Taiwan,” the center said. “There was a member who was waving the flag of Korea and another member held the flag of Japan. There can’t be any political intention behind it. But JYP and Park gave in to the overreaction of Chinese Internet users.”

The center, which supports multiethnic families in Korea, said it would file a petition with the National Human Rights Commission of Korea and find out whether the Tzuyu’s video apology was a voluntarily decision or not. If the decision was not made by Tzuyu, the center said it would take the case to the Prosecutor’s Office.

Meanwhile, analysts say K-pop is highly dependent on China and Japan, and local entertainment agencies should come up with risk management manuals for such situations.

An analyst who wanted to remain anonymous said, “Political relations highly affect the performances and sales of K-pop singers. For example, Big Bang’s major revenues come from Japanese market, but the sales fluctuate depending on the relations of the two countries.”

And such diplomatic relations affect other groups, too.

Due to the controversy surrounding Tzuyu, Nichkhun, a member of K-pop boy band 2PM, another act managed by JYP, canceled his appearance at an event in China on Sunday.

JYP’s stock price has been falling for seven consecutive days, but it slightly rebounded on Monday after local news reports that a Taiwanese online news agency contacted JYP to purchase the exclusive contract between the Taiwanese singer and JYP for about 3.6 billion won ($2.9 million), but JYP said it is a groundless rumor.

The official website of JYP Entertainment is still not available as of Monday at 7 p.m. after it was hacked.

JYP said the website had been shut down on and off before its official apology, but then it was completely shut down on Saturday.

The company said it is technically impossible to track down the hackers, but Korean media reports allege that a Taiwanese hacking group is probably the culprit because they uploaded posts to their Facebook account saying they had hacked the JYP website. They added that they would keep hacking JYP Entertainment unless the entertainment company takes responsibility for the issue without exploiting Tzuyu.