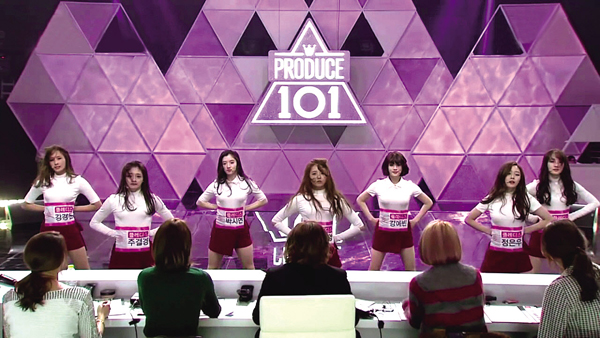 As the popular Mnet program “Produce 101” came to an end, a song by the final 11 participants was released online Tuesday.

“Produce 101” was an audition program in which 101 female trainees from 46 local entertainment agencies competed for 11 final spots. The group of 11 members who made it to the end is named, I.O.I.

Their song, “Crush,” was the song that was performed on the last episode of the show by the final 22 participants members. But the version released Tuesday was recorded only by the 11 members of I.O.I. The track, written by Ryan Jhun, is a simple tune with powerful choreography.

A video of the group recording the song and a photo shoot of the members were also released along with the new track.

“‘Crush’ is not the group’s official debut song,” CJ E&M, which operates Mnet, said. “The group is currently working on their debut song, which is scheduled to be unveiled in May.”