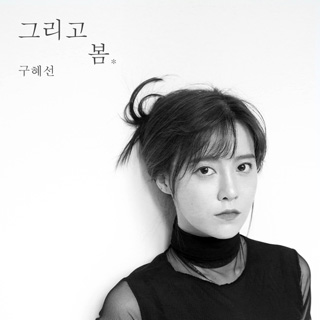 The 11-track album includes the songs “Stupid,” “Brown Hair” and “It’s You.” Ten of the songs were written and composed by the singer herself.

The title song, “Stupid,” was used on the original soundtrack for the movie Ku directed, “Magic” (2010). Ku reportedly wrote the song spontaneously while learning to play the guitar in 2010.

The actress debuted in 2002 as a commercial model and soon started her acting career by starring in the MBC sitcom “Nonstop 5” (2004-05). The versatile actress also has a considerable singing career, performing on the soundtracks of many dramas.

Ku is getting married on May 21 to actor Ahn Jae-hyeon, who recently starred alongside her in the KBS medical drama “Blood.”