PyeongChang tickets will be available online next week

PyeongChang tickets will be available online next week 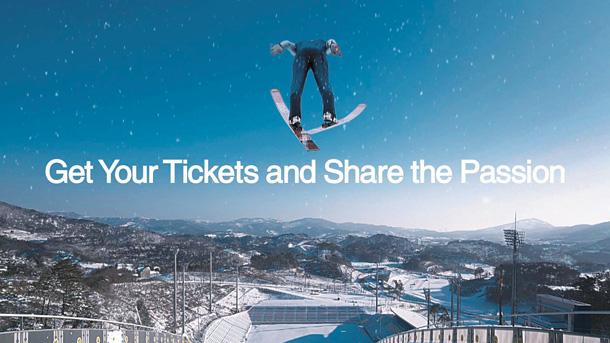 Tickets for the PyeongChang Winter Games go on sale exclusively in Korea from 2 p.m. next Thursday to April 23. [PYEONGCHANG ORGANIZING COMMITTEE]

The online ticket lottery for the first Winter Olympics in Korea will open next week, when the countdown to the competition reaches one year, its organizers said Thursday.

The organizing committee for the 2018 PyeongChang Winter Games said the first window to apply for tickets will stay open from 2 p.m. next Thursday to April 23. PyeongChang, located some 180 kilometers (112 miles) east of Seoul in Gangwon, will mark the one-year countdown to the Olympics on the first day of the lottery.

The lottery is only open to those logging in from Korea. Overseas applicants must go through a separate ticketing agency, with the list of such agencies to be announced next week.

Only the winners of the lottery will be able to purchase tickets. They will be announced on May 8, and payments can only be made with Visa credit cards or through bank transfers.

High-demand sessions are: the opening and closing ceremonies, figure skating, short track, speed skating (all events except for the men’s 10,000), hockey (the men’s semifinals, bronze medal game and final, and the women’s final), curling finals and ski jumping finals. Tickets to short track and figure skating, for instance, start at 150,000 won ($130). The cheapest tickets to the opening and closing ceremonies are 220,000 won.

Tickets may be purchased in real time during the online general sales period starting on Sept. 5. The on-site sales will commence in October.

There will be 1.18 million tickets on sale, with 30 percent of them to be sold outside Korea.