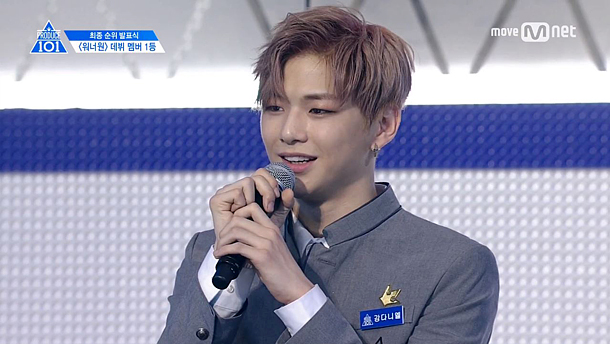 After 11 weeks of competition, 11 contestants on the singing program “Produce 101” have made the cut to join a group called Wanna One. On a live show that lasted for more than three hours starting from 11 p.m., viewers - referred to as the “public producers” by the show - voted online and via text messages.

First place went to Kang Daniel with a total of 1,578,837 votes, followed by Park Ji-hoon, Lee Dae-hwi, Kim Jae-hwan, Ong Seong-woo, Park Woo-jin, Lai Guan Lin, Yoon Ji-sung, Hwang Min-hyun, Bae Jin-young and Ha Sung-woon. The name of the new group refers to the “101” in the show’s title. Wanna One will perform as a group for a year and a half.

The final show elicted criticism from some viewers. While some were disappointed their favorites didn’t win, others complained that the show put off the results for an unnecessarily long time. Viewers living abroad complained because they couldn’t vote by text message. Fans of Kim Samuel and Kim Jong-hyun have started a petition for them to be included in Wanna One.