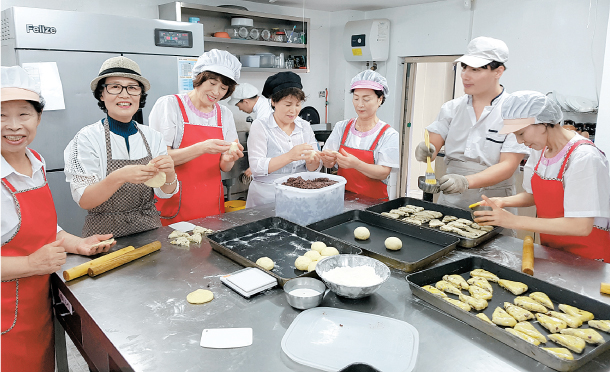 The collapse of the Thai baht in the summer of 1997 was so severe that people in Bangkok called it the Tom Yum Goong Crisis, after the boiling hot-and-sour soup - then it spilled across Asia, becoming the Asian financial crisis, raising fear of a global meltdown and convincing South Korea to make a sharp left turn.

Two years later, President Kim Dae-jung laid the framework of a Korean welfare state by putting social welfare programs ahead of business interests. This was South Korea’s New Deal. His plan, which he called “productive welfare,” used government funds to boost employment through job training, wage subsidies and other means.

But while succeeding presidents - Roh Moo-hyun, a liberal, followed by Lee Myung-bak and Park Geun-hye, both conservatives - continued to expand the welfare system, it has proven less and less “productive” over time, as politicians have pledged increasingly generous benefits in order to win votes. Free school lunches, free childcare programs, basic elderly pensions, cheaper medical services and cheaper tuitions have all been realized, while welfare support for jobs has withered on the vine.

But President Moon Jae-in seems eager to change that. Throughout his campaign, and after his inauguration, Moon has sought to expand welfare and create jobs. He has also repeatedly said bringing good jobs to the country is the best welfare policy.

Shortly after taking office, Moon introduced a fiscal stimulus package to create jobs in the public sector and expand social security benefits. In July, the government announced a 16 percent increase in the minimum wage, the biggest hike since 2001. And the cabinet announced a spending plan for next year of 429 trillion won ($378 billion), 7.1 percent higher than this year, with 34.1 percent of the total allocated to welfare, health and labor projects, which is 12.4 percent higher than this year.

Yet when critics said the government is spending too much on populist, unsustainable welfare benefits, Moon flatly dismissed the concerns. “Welfare is a part of growth strategy,” he said during a meeting with Blue House aides in August. “A plan that increases welfare benefits in safety, health, welfare, medical and childcare sectors will produce good jobs.”

The Presidential Committee on Job Creation, launched at Moon’s behest, is working to realize his vision that the best form of welfare is a job. Moon and his aides discussed a plan to offer 810,000 new public sector jobs during a senior secretariat meeting on Oct. 10, and a plan to do so will be announced at the committee’s third meeting on Oct. 18.

In addition to these methods, the government is promoting social enterprises as a possible solution to unemployment, the wealth gap and population aging.

“Since 2007, the social economy emerged rapidly in a short period of time, and social enterprises and community businesses were at the center of the rise,” said Park Soo-hyun, presidential spokesman. “But the infrastructure for their growth is weak and their business scope is too limited. The government will create a plan to support the social economy and announce it in mid-October.”

To be certified by the Labor Ministry as a social enterprise, a business must spend more than two-thirds of its profits on social benefits, which may include offering jobs and social services to citizens who are classified as vulnerable, promoting democratic decision-making at work with the participation of workers and consumers, and reinvesting profits in the community. According to the agency, 36 enterprises were initially certified when the program was introduced. As of May, there are 1,741 operating in Korea, employing 39,485 workers.

Perhaps the most well-known social enterprise is Cheonnyeon Nuri, a bakery in Jeonju, North Jeolla. The bakery, located near Jeonju City Hall, was opened in 2012 when the charity Sharers won the bid by the Health and Welfare Ministry to create a company where older adult employees are welcome. In 2013, SK Innovation invested 150 million won to open the bakery.

The company currently has 30 employees, 25 of whom are classified as vulnerable citizens of Jeonju, including older adults, people with disabilities and foreign wives. The average age of the bakery’s employees is 65. The bakery’s sales recorded 200 million won in August, after SK Chairman Chey Tae-won mentioned it as a successful example of a social enterprise during Moon’s meeting with major business leaders.

Other conglomerates are also sponsoring social enterprises. Posco opened Posco Humans in 2008, hiring people with disabilities to clean the uniforms of Posco workers. Kyobo Life Insurance created Dasomi Foundation, hiring women whose careers were disrupted by maternity leave to perform nursing services. And Samsung Group established Global Together in 2010, offering jobs to immigrants who were married to Korean men, often those from Southeast Asian countries such as Vietnam.

“Social enterprises are not a panacea,” said Cho Young-bok, professor of business administration at Pusan National University, who heads the Research Institute for Social Enterprises. “But we need to pay attention because it is an important vessel to change our society using private capital. In a market economy, the role of the government is limited, so we need an innovation of the people, money and system to grow stronger social enterprises.”