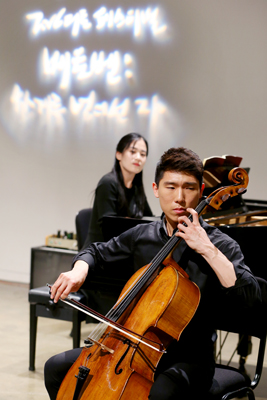 Nov. 18: The Ditto chamber music ensemble will be performing at a concert under the theme, “England vs. Italy.” The show will feature the very best musical pieces by composers from England and Italy. The program will include “Fingal’s Cave, Op. 26” and “Symphony No. 4 in A major, Op. 90 ‘Italian’” by Mendelssohn, and “Cello Concerto No. 1 in C Major” by Haydn.

Nov. 19-20: One of Germany’s most well-known orchestras, the Berlin Philharmonic, founded in 1882, is performing in Korea for the sixth time. The two concerts will be the orchestra’s final performance with Simon Rattle as artistic director.

The performances were originally supposed to feature an appearance by pianist Lang Lang, but due to an injury to his left arm, he has withdrawn from appearing. He has been replaced by star pianist Cho Seong-jin, who will also accompany the orchestra for its Berlin, Frankfurt and Hong Kong concerts.

Rattle, who hails from Liverpool, England, is known as one of the most revolutionary conductors in modern classical music, and his collaboration with the Berlin Philharmonic’s authentic sounds have created fresh and exciting work.

The orchestra remains one of the most powerful in the world and boasts legendary figures like Wilhelm Furtwangler and Herbert von Karajan among its former conductors. 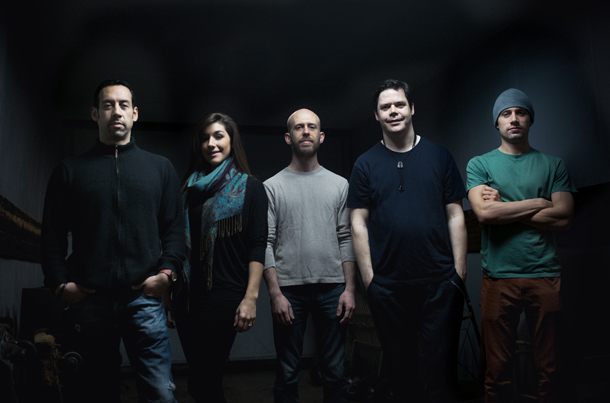 Renowned jazz drummer and composer of the “Birdman” score, Antonio Sanchez, left, and his band Migration, will perform for Korean fans at the LG Arts Center in southern Seoul. Although Sanchez has visited Seoul several times, this will be his first local show with his band. [ANDREAS BOCCALINI]

Nov. 25: The drummer and composer of the “Birdman” score, Antonio Sanchez is known as one of the best jazz drummers in the world. With his band Migration, Sanchez will perform some of the biggest songs in jazz for Korean fans. Although he has visited Korea several times, this will be the first he takes the stage with his band.

Sanchez and the band will perform a set of music mostly off of his latest album “The Meridian Suite” which was released on 2015. Sanchez’s diverse drumming techniques will entertain the eyes and ears of the viewers. He himself admitted that the album was his most daring project in his solo career, having made this album after working on the film “Birdman.”

The performance begins at 7 p.m.

The famed pianist will be performing together with his wife, Ljupka Hadji Georgieva, as the Piano Duo Koroliov.

The performance received high praise from critics and the audience at its first performance in Madrid, Spain, and Inger took home the prestigious “Benois de la Dance” in 2016 for his choreography.

The performance will start at 8 p.m. on weekdays and 5 p.m. for Saturdays and 3 p.m. for Sundays.

Dec. 15- Feb. 11: The original play “L’Etudiante Et M.Henri,” written by a stage writer Ivan Calberac was a fan favorite that was eventually adapted into film. Mr. Henri, a grouchy old man living by himself, lets a student named Constance live in his apartment for free under one condition: she must do everything in her power to ruin his son’s marriage.

However, their relationship evolves into something more than just a landlord and tenant as they put their heads together to ruin the marriage, influencing each other’s lives and becoming very close.