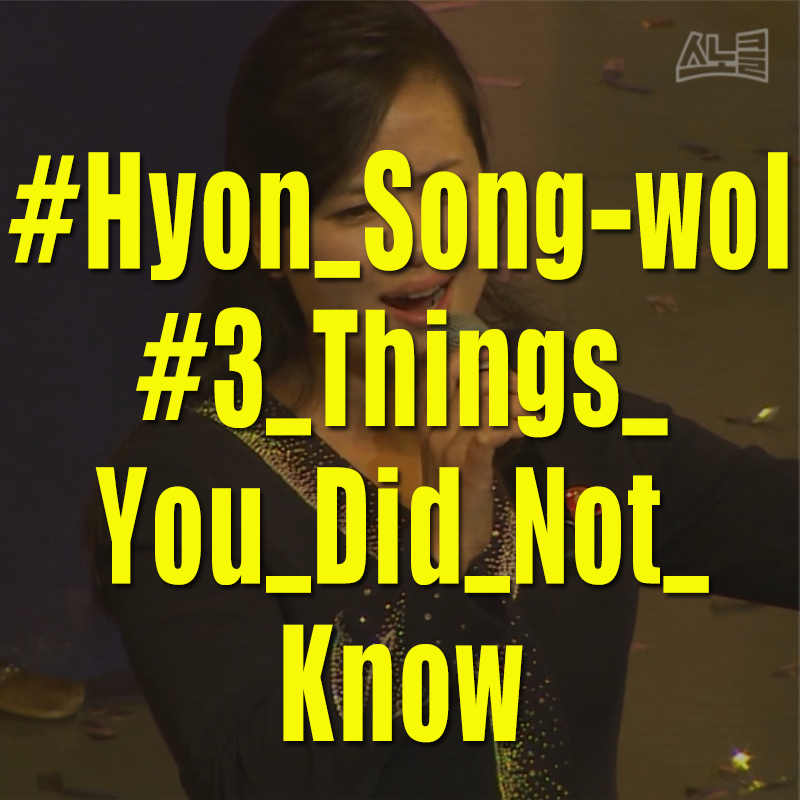 1) On Feb. 11th, the North Korean Samjiyon Orchestra held a show at the National Theater of Korea’s Haeoreum Grand Theater.

6) “My throat is not at its best condition.”

8) “Please applaud me a bit louder than you applauded the previous singers.”

9) “I would really appreciate that.”

10) Hyon sang the song “Paektu and Halla Are My Home” on stage.

13) 1. The South Korean government asked to rule out the song from the show.

14) The reason: the song includes the lyrics, “We will become one as Taeyang Chosun”. “Taeyang Chosun” are words used to symbolize and glorify the Kim regime.

15) Eventually “Taeyang Chosun” was replaced with the lyrics “our people.”

16) 2. Hyon Song-wol chaged the lyrics to “Dokdo,” despite protests from Japan.

17) Japan had taken issue with the word “Dokdo, and criticized North Korea, claiming that “they are using the Olympics in politics.”

18) Hyon Song-wol paid no attention to the criticism, and changed the lyrics “Paektu and Halla are my home” to “Halla and Dokdo are also my home.”

19) 3. It was a song used to celebrate the launching of the Kwangmyongsong-3 satellite.

20) This song was the opening song of the the North Korean Moranbong Band’s 2013 New Year concert, which was held right after the success of the satellite’s launch.

21) Professor Kang Dong-wan of Dong-a University, who is an expert on North Korea’s arts and show business, said that North Korea’s intention in singing this song was to alienate South Korea from the U.S. by emphasizing autonomous unification.

22) Hyon Song-wol’s last words on stage were “see you again.”

23) Will the easing of strained relations between the South and North created by the North Korean art troupes lead to actual peace on the Korean Peninsula?