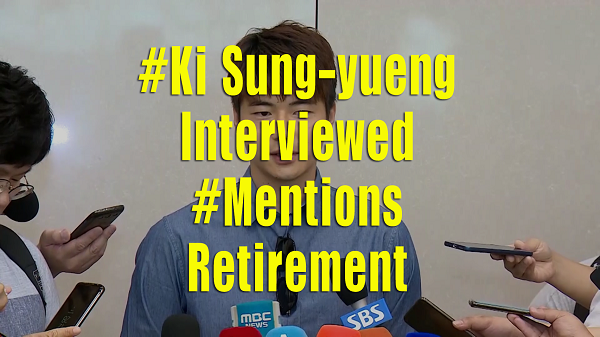 1) As Ki Sung- yueng, the captain of the Korean national football team, arrived in Korea at Incheon International Airport, he hinted in an interview that he had made his mind up about retiring from the team.

2) “I have a lot of regrets as well as good memories. We worked really hard for the last four years, but we didn’t get what we hoped for in the end.” - Ki Sung-yueng, captain of the Korean national football team

3) “However, I am thankful that the other players made Korean football history in the last match.”

4) “I am still thinking quite a lot about whether I should [retire from the team or not]. I’ve made up my mind to some extent, but I haven’t made a final decision yet.”

5) “I believe that it was my fault for not being a competent captain for the team for the last four years. A lot of players went through a really hard time due to [the criticisms they received].”

6) “It was also personally quite difficult for me to watch those players suffer, and there are a lot of things for me to consider.”

7) “I have talked and had a lot of consultations with the people around me about whether I should focus on my career or stay on the national team a little bit longer.”

9) “This is not a decision only I can make, so I can’t say for sure right now that I am going to retire.”

10) “But when the right time comes, I will make myself clear.”