Korean stocks closed higher Friday as investors scooped up large-cap tech and financial shares amid eased fears over the trade war between the United States and China. The Korean won appreciated against the U.S. dollar. 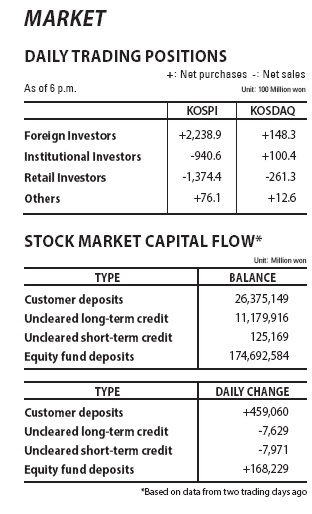 
The main bourse opened higher, taking a cue from overnight rallies on Wall Street, and extended the gains later in the session on foreign buying.


“Global stocks rallied with the focus shifting from the trade dispute to earnings,” said Seo Sang-young, an analyst at Kiwoom Securities. “Companies with upbeat earnings forecasts led the gains.” 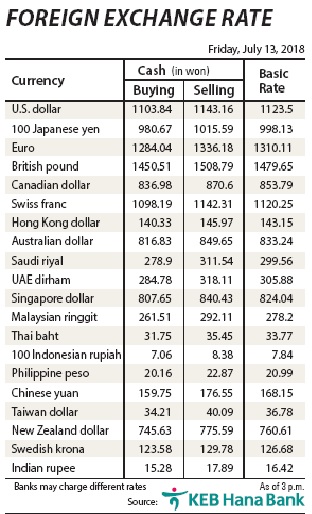 Samsung BioLogics plunged 6.29 percent to 402,000 won after the financial regulator announced the previous day that a 2015 accounting breach by the biopharmaceutical firm was intentional. The Samsung affiliate has strongly denied the allegations.