Lee Sung-min is doing double duty : With two films out, the actor hopes they both find audiences

Lee Sung-min is doing double duty : With two films out, the actor hopes they both find audiences 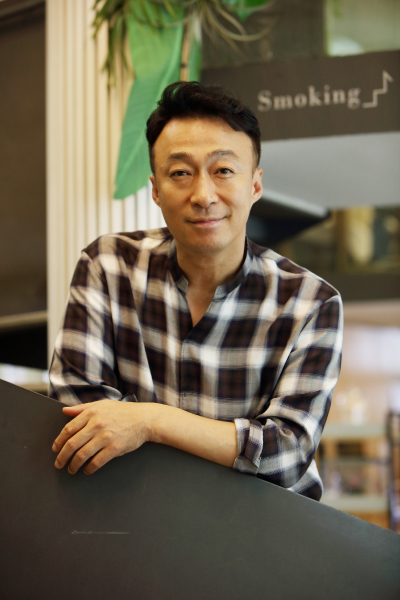 This summer is a particularly stressful time in actor Lee Sung-min’s life.

The veteran actor, who has starred in numerous hit films and television shows including the successful tvN series “Misaeng” (2014), has returned to the silver screen with two movies, in which he plays very different roles.

Though he is less concerned about the espionage flick “The Spy Gone North,” which was screened at this year’s Cannes Film Festival, Lee felt it was a huge risk to put out “The Witness” in the peak summer season, when mega-budget blockbusters are usually released.

This year’s blockbusters include “Along With the Gods: The Last 49 Days,” which is nearing eight million ticket sales before its second weekend, and Lee’s film, “The Spy Gone North,” which opened on Wednesday to a moderate performance of 333,000 tickets sold, just behind “Along With the Gods.”

“I feel more nervous about ‘The Witness,’” Lee said in an interview held in central Seoul on Wednesday. “I don’t think this is a film that can compete against summer blockbusters. I still feel nervous,” the actor said about the movie, which will arrive in cinemas on Wednesday, which is Liberation Day, a national holiday.

In the movie, an ordinary office worker named Sang-hun (Lee) witnesses a brutal murder of a young woman committed by a man wearing black (Kwak Si-yang) from his apartment veranda. Though Sang-hun instinctively picks up the phone to report the incident to police, he gives up because he believes his eyes met with the murderer’s.

Fearing retaliation against his family, which includes his wife Su-jin (Jin Kyung) and their daughter, Sang-hun decides to stay silent. He acts just like the rest of the neighbors, who pretend not to have heard the victim’s screaming in the middle of the night in fear of sending the price of the apartment plunging, and in part, secretly hoping that someone else’s moral sense would force them to cooperate with the police. 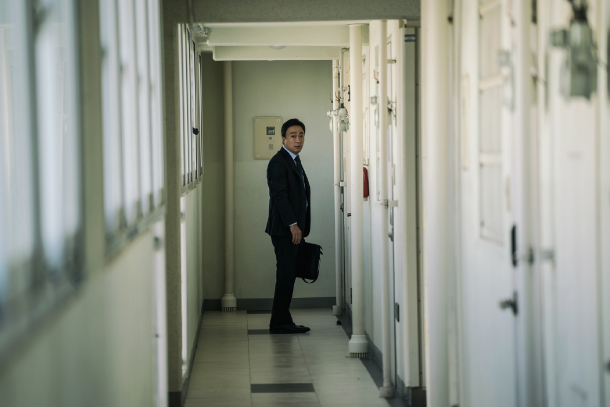 In “The Witness,” Lee Sung-min plays the witness of a brutal murder who experiences an internal conflict over whether to remain silent to protect his family or to report it to the police for the sake of doing the right thing. [NEXT ENTERTAINMENT WORLD]

Sang-hun’s determination becomes stronger when another witness from the apartment who desperately asked him to report the incident to police is found dead.

Lee hopes the intimidation and the fear Sang-hun feels will make his character less despicable to viewers. “I wanted the murderer to act more cruelly because my character would seem more convincing that way,” said Lee. However, the director limited the hammer-holding killer’s cruelty.

The most chilling part of the story is that everything is so ordinary. “The murder takes place at a very ordinary apartment,” said Lee. “When I first went to the set prior to the shooting, I was very surprised to see the apartment because I expected something very grim - a place where a murder is expected. However, the actual location was an open space and was so ordinary. The most extreme thing happens in the least expected location. That’s what makes this film charming.”

That ordinariness is what drew the actor to the role despite not being a fan of thriller films.

“I usually pursue down-to-earth characters. ‘Does this make sense?’ is the question that I ask myself,” Lee said.

Working on “The Witness” definitely wasn’t easy, but it was a different kind of challenge than he had while working on “The Spy Gone North.”

“As for ‘The Spy Gone North,’ I was mentally distressed during the shoot because a lot of situations were left unexplained. I had to exude this specific ambience to create the tension,” said Lee.

“In ‘The Witness,’ on the other hand, I was given specific situations, like witnessing a murder and a dead body’s eyes staring at my character. In that sense, it was less painful than the other film, but shooting for ‘The Witness’ was emotionally exhausting,” said Lee.

“There are several scenes that I found heartbreaking, like when the victim screams out ‘help me’ in front of an apartment, only to be ignored [by everyone living in the apartment].”

There are strange situations that are created by collective self-interest such as refusing to establish an institution for the disabled, according to Lee. Though the movie does not directly throw that message at the audience, it is a reminder of the reality that exists.