Kospi inches up as U.S., China agree to talks

Kospi inches up as U.S., China agree to talks

Korean stocks advanced Thursday as investors welcomed news of a fresh round of U.S.-China trade talks, although gains were limited by foreign selling. The Korean won appreciated against the greenback. 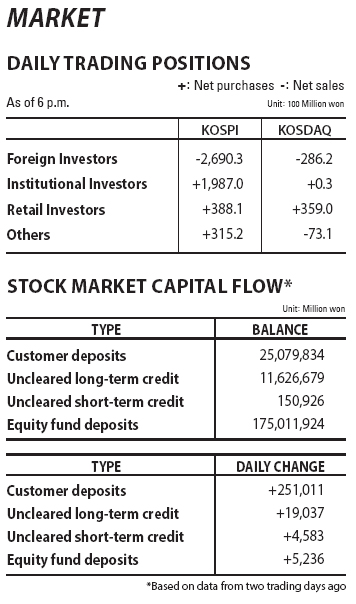 The main index rebounded after a two-day losing streak on news that Washington reached out to Beijing for a new round of trade talks, giving China a chance to avoid having punitive tariffs imposed on $200 billion of its goods. 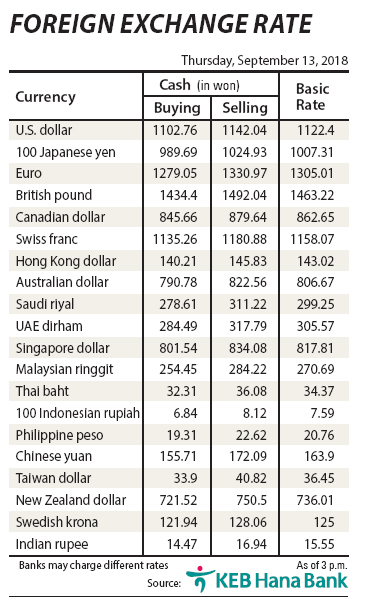 “The recent capital outflow was caused by currency crises in Turkey and Argentina, along with prolonged trade friction between the U.S. and China,” said Kim Sang-ho, an analyst at Shinhan Investment & Securities. “The foreign sentiment is expected to remain subdued because these issues can’t be solved in the short term and results of the U.S. midterm elections are hard to predict at this point.”

Auto shares were down, with top automaker Hyundai Motor declining 0.77 percent to 128,500 won.

The secondary Kosdaq rose 4.62 points, or 0.56 percent, to 830.95. The bio and tech-heavy index rose for the third consecutive session on stronger pharmaceutical shares despite a 0.3 percent drop in the U.S. Nasdaq.