Tech shares lead another day of gains in Korea

Tech shares lead another day of gains in Korea

Korea’s main bourse soared on Friday thanks to gains by top-cap Samsung Electronics and other tech shares. The Korean won appreciated against the U.S. dollar. 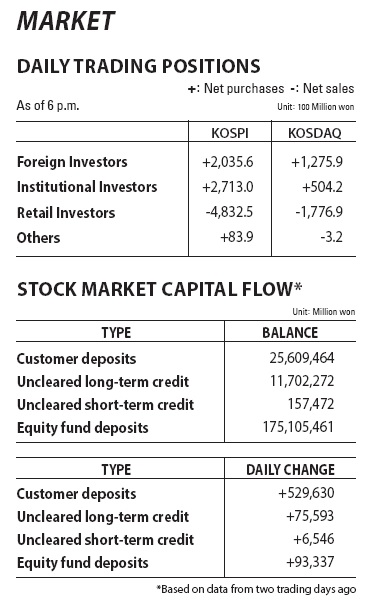 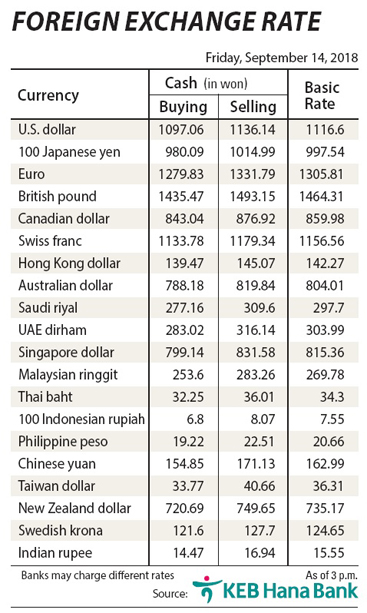 The market opened higher following overnight gains on Wall Street led by Apple. It remained in positive terrain throughout the session on large institutional and foreign buying.

“While concerns about the trade dispute between the United States and China remain, tensions have eased compared to a few days ago,” said Seo Sang-young, an analyst at Kiwoom Securities.

On Thursday, Beijing confirmed that Washington had reached out about a new round of trade talks, giving China a chance to avoid punitive tariffs on $200 billion of its goods.

The secondary Kosdaq gained 3.96 points, or 0.48 percent, to close at 834.91, rising for a fourth consecutive session. The bio and tech-heavy index was buoyed by a 1.2 percent incline on the U.S. Philadelphia semiconductor index, leading foreign and institutional buyers to scoop up Korean semiconductor shares.

The local currency closed at 1,116.60 won against the U.S. dollar, down 5.8 won from the previous session’s close.