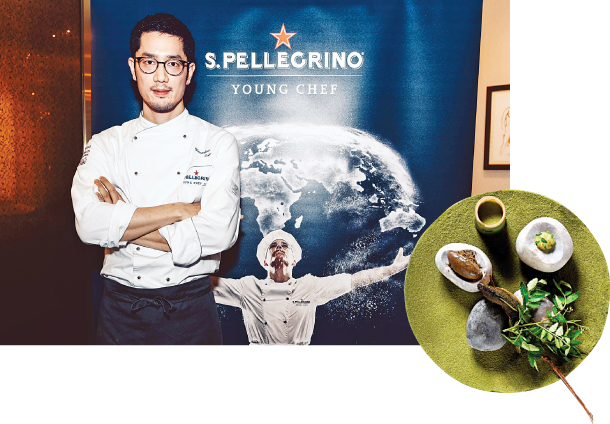 MACAU - Opportunities to cook in kitchens all over the world has allowed Japanese chef Yasuhiro Fujio to execute the many different ideas that have been floating around in his head in ways he never expected. After winning last year’s San Pellegrino Young Chef Award, Fujio has learned how to simplify his ideas and put together different ingredients on the plate to make them appealing to diners without losing their distinct qualities.

That life-changing competition for Fujio is back and now taking applications from talented chefs under 30 years of age. Those chosen will compete in regional competitions in June and winners will get together in Milan to compete for the title.

Chefs from Korea will be competing against others from across Asia.

“I wanted to challenge myself,” said Fujio, adding that the more he proceeded with the competition, the more it felt like he wasn’t fighting with fellow chefs, but rather with himself.

“It was [like] trying to find my own identity, and I was constantly asking myself which way I should take, reflecting on Japanese cuisine and questioning how I could [incorporate] my style of French cooking while working with Japanese ingredients.”

His winning dish was a sweetfish called ayu. Originally, he wanted to wrap the stuffed fish with brioche and bake it, but a series of talks with other mentors during the competition made him want to focus on bringing out the taste of the fish and lose the brioche.

“There are many different ideas and different ways to see food,” said Umberto Bombana, chef at 8 1/2 Otto e Mezzo in Macau, who worked as a mentor for the award. “The world is getting together as chefs get to see other traditions from different countries, and the passion each chef [turns into] aspiration that all comes together at the end.”

Last year, four chefs from Korea competed in the regional competition, but none advanced. In 2015, chef Park Jin-yong, then working at Zero Complex in central Seoul, won the regional competition with a version of samgyetang, a chicken soup, that added a French cooking technique. He currently leads the kitchen at French bistro 6-3 Seoul in southern Seoul.

For more information about the San Pellegrino Young Chef Award 2020, go to www.facebook.com/SanPellegrino. The application deadline is April 30, and applicants should have at least one year of experience at a restaurant as either a chef, sous chef or chef de partie.