Start-up aims to get you home late at night

Start-up aims to get you home late at night 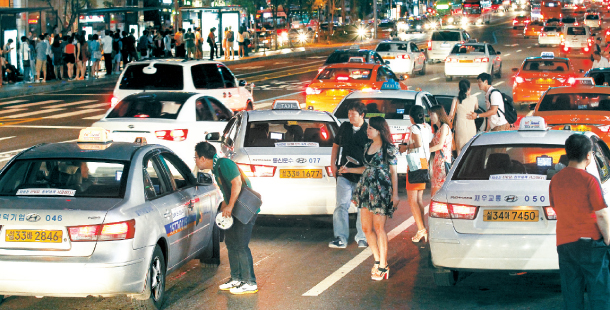 Technology may have solved an age-old problem: Hailing a taxi easily late at night in hotspots like Gangnam and Jongno.

On Thursday, Banban Taxi, a sharing app, was given regulatory approval for operation under sandbox conditions. The green light will last for two years.

Kornatus, the developer of the app, was able to win the temporary approval as the service is limited to several districts within Seoul. The areas where the Banban Taxi will be available are Gangnam, Seocho, Jongno, Jung, Mapo, Yongsan, Yeongdeungpo, Guro, Seongdong, Gwangjin, Dongjak and Gwanak districts.

Additionally, the company has agreed to establish systems to guarantee the safety of passengers. 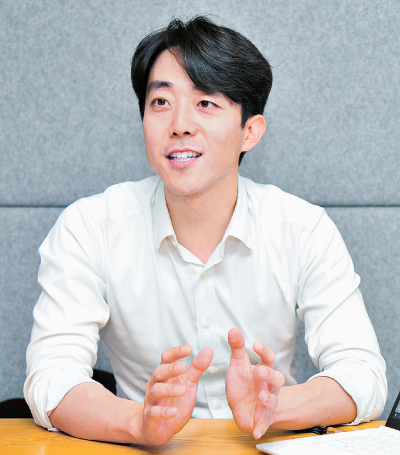 This is the first time that a mobility start-up has been included in a regulatory sandbox.

Banban Taxi is a taxi-sharing app that allows different passengers headed in the same direction to share a cab and pay separately.

“Currently, 2,000 taxi drivers are on our service,” said Kim Gi-dong, the 39-year-old founder and CEO of Kornatus when interviewed by JoongAng Ilbo in June. He added that he plans to end late-night cab-hailing struggles with innovative technology.

Under the system, taxis may be shared by a number of people if their routes are 70-percent the same. Customers must be within 1 kilometer (0.6 miles) of one another, and all destinations must be within 15 minutes of the first.

When the taxi arrives at the final destination, the app automatically splits the check by distance traveled by each customer. The algorithm can handle detours due to sharing so as not to charge the riders too much for picking up another passenger.

“If you use our app and share a taxi, the fare will be 10,000 won per passenger, and each passenger only has to pay an additional 3,000 won for calling the taxi.”

For the driver, instead of getting 20,000 won, they will receive 26,000 won. Even after paying the 1,000 won to use the platform, the driver still comes away with 5,000 won more. It is a win-win, with the driver and the passengers coming out ahead.

But most of all, Kim is confident that his innovative service will resolve the problem of struggling to flag down taxi at a popular destination.

“No matter how many taxis are supplied, there’s a limit to the number of taxis that can simultaneously travel to an area like Gangnam,” Kim said. He added that it is more efficient to control the number of taxis picking up customers to maintain the flow rather than have them wait and search for customers.

While it is an innovative service, safety has been the biggest concern, so the Ministry of Land, Infrastructure and Transport was reluctant to approve it.

To allay the concerns, Kornatus set up five safety systems.

“When subscribing to the app, the customer has to confirm whether they are using their real name,” Kim said. “Also, we have developed the app so that only passengers of the same sex are matched.”

The passengers get assigned seats and must use preregistered credit cards. The company is subscribing to an insurance product that pays up to 5 million won for each passenger in case of an accident.

Kim said he decided to develop the service after a personal experience in college 20 years ago where he shared a taxi with a stranger after missing the last train home.

“A taxi fare from Yeongdeungpo District [southwestern Seoul] to Incheon costs 25,000 won, which is a huge burden for a college student,” Kim said. “So in many cases, I would wait at the PC room until dawn and go back home.

He said he is confident that there is still a large number of people who wouldn’t mind using a taxi at an affordable price by sharing the ride.