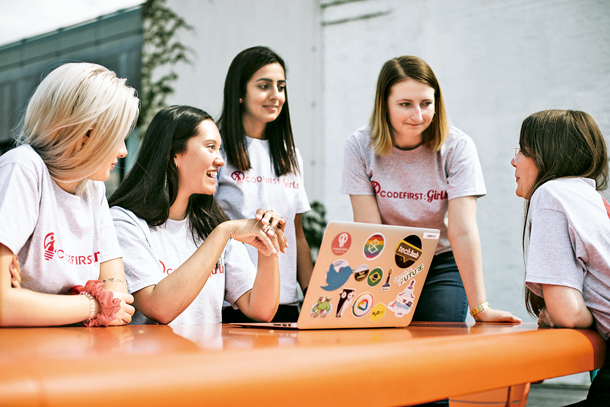 LONDON - In 2014, England made coding a mandatory subject for students in primary and secondary schools.

The changes to the national curriculum were received positively by the local industry, as more programmers meant a skilled workforce that could help England gain an edge over tech-savvy competitors.

As much as teaching programming is a respectable initiative, however, the government has faced several major challenges - namely, the lack of qualified teachers and the widely-held perception among students that computing is a difficult subject.

Today, both public and private bodies are coming up with various ways to better help familiarize students with computer science and provide teacher training programs across England. With initiatives like teacher bursaries and vibrant networks for resource and expertise sharing, there are many lessons to take from England’s computing education project. 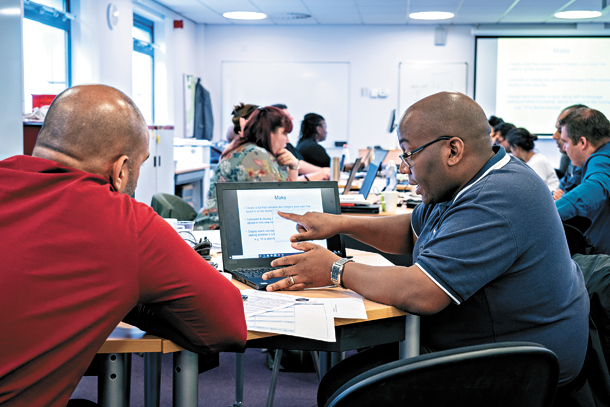 The government began pushing for improved computer science teaching in England from 2011 after some urging from tech experts and reports, including Google Chairman Eric Schmidt.

“I was flabbergasted to learn that today computer science isn’t even taught as standard in U.K. schools,” Schmidt said during a trip to Edinburgh in August 2011. “Your IT curriculum focuses on teaching how to use software, but gives no insight into how it’s made. That is just throwing away your great computing heritage.”

At the time, English schools had been offering Information and Communication Technology (ICT) classes, which were generally limited to teaching students how to use computer software, like Microsoft programs.

In 2014, the Department for Education (DfE) replaced ICT with computing in the national curriculum.

The goal was to “ensure that England retains a competitive edge in the vital and growing digital economy,” according to a DfE statement detailing the reform of the national curriculum in England.

So how exactly is computing taught in English schools today?

According to secondary subject specialist Simon Roberts of STEM Learning, which offers support for teachers and schools, computing includes lessons in computer science, information technology and digital literacy - teaching how computers work, how to use computer programs and how to participate safely in the digital world.

In the classroom, this translates into younger students first getting exposed to programming through play devices like Bee-Bots that move according to the sequence of directions. Later, students learn simple coding languages like block-based Scratch and move onto more complicated text-based languages like Python to design their own projects.

Roberts emphasized that aspects of computing are being taught through many other subjects, like geography and biology, by teachers who believe in the importance of encouraging children to think scientifically.

The new curriculum may already be five years old, but schools continue to face challenges in piquing student interest and finding qualified teachers.

The number of older students taking a computing-related subject voluntarily has fallen since the more rigorous curriculum replaced ICT, while an estimated 75 percent of existing computing teachers do not have a computer science academic background.

The government and industry are aware of these challenges, and are coming up with various solutions backed by huge funding.

STEM Learning, part of the consortium that makes up the NCCE, offers a host of CPD, or continuing development sessions for teachers who want training in computing and other science subjects. The STEM Ambassador Programme invites tech experts to volunteer and share their expertise at schools and youth community groups.

In 2016, the BBC handed out small codeable computers it designed called micro:bits to all 11- and 12-year-olds in Britain.

The public broadcaster later released results of a survey that found that 88 percent of beneficiary students agreed micro:bit helped them see that coding wasn’t as difficult as they previously thought.

Bridging the gender gap in the tech center is a major goal of Code First: Girls, which offers free community courses for young women. In 2017, it started the #CodeLikeAGirl Programme with telecommunications company Vodafone, where they provide four-day coding workshops for girls aged 14 to 18 in Britain as well as in over 20 other countries.

The consensus among these tech and educational leaders seem to be that nurturing a new generation of computer scientists will not only benefit tech firms in the country, but also help other industries facing digital disruption and improve the lives of the programmers themselves. According to a social mobility report by the British Computer Society, another member of the NCCE, 75 percent of people in tech have experienced upward social mobility compared to their parents’ social class.