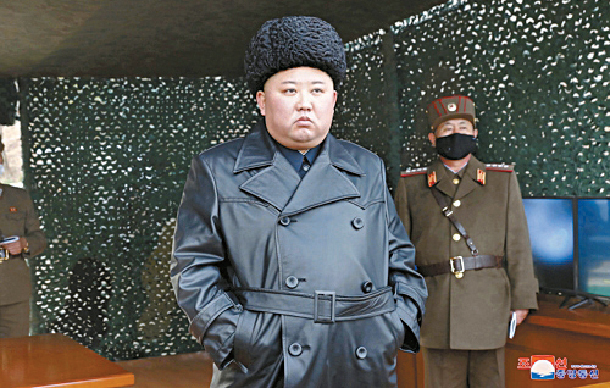 The South Korean military on Monday said the two rockets, which flew a distance of around 240 kilometers (150 miles) from a location near Wonsan, Kangwon Province, before landing in the East Sea, appeared to be short-range ballistic missiles.

According to an English-language report by the Korean Central News Agency (KCNA), one of Pyongyang’s regime mouthpieces, Kim “expressed great satisfaction” with the “firepower strike drill” and the rapid reactions of the artillerymen responsible for the test. 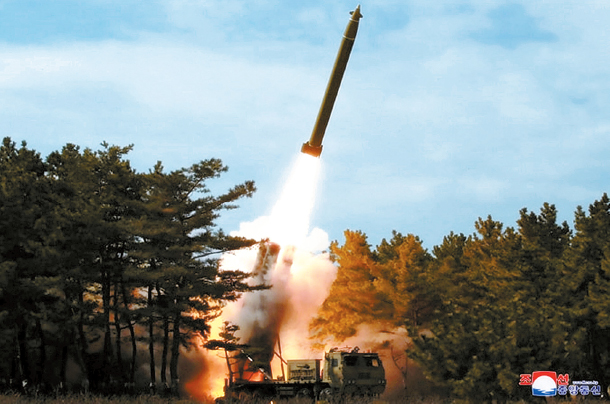 A photograph released alongside the report featured a large artillery rocket with an estimated caliber of 600 millimeters (24 inches) being fired from a transporter erector launcher, a vehicle used to fire surface missiles.

This effectively confirmed speculation raised in South Korea Monday that the projectiles fired by the North came from the same “super-large multiple launch rocket system” (MLRS) that the regime had developed and tested on multiple occasions throughout last year.

Monday’s test was the first time Pyongyang conducted a weapons test this year, coming 95 days since its last test on Nov. 28 last year, when it also fired two rockets using this MLRS.

But Seoul’s military noted the North had made significant progress in developing the weapon with every test, shortening the interval between each projectile launch. On Aug. 24 and Sep. 10, when North Korea first tested its new MLRS, it took 17 and 19 minutes for the transporter erector launcher to fire a second rocket, but this was reduced to 3 minutes in a later test on Oct. 31, and to 30 seconds on Nov. 28.

With this newest test, the interval was just 20 seconds.

These advancements in reducing the time between successive launches poses alarming implications for South Korea’s missile defense system, which has been designed around preemptively neutralizing the North’s long-range artillery within five to six minutes - a concept known as Kill Chain.

The rockets on Monday also flew a total distance of around 240 kilometers at notably low peak altitudes of 35 kilometers, which experts say may make them difficult for ground antimissile defense systems to intercept.

North Korean state media also published a photo of a rocky islet in the East Sea covered in smoke as if to suggest it had been the target of Monday’s weapons test. The South Korean military said the islet is located off the coast of Kilju County, North Hamgyong Province. The distance from Wonsan to the islet is approximately 240 kilometers, which matches data collected on the launches.

South Korea’s presidential office and military on Monday both expressed “grave concern” about the launches and urged the North to cease any further actions that raise tensions on the peninsula.

Vice Unification Minister Suh Ho also told reporters Tuesday that Seoul could not help but show “great regret” about the weapons test, as it came at a time when the South Korean government remains preoccupied with containing the growing coronavirus epidemic.

Coming just days after the first anniversary of Kim’s collapsed second summit with U.S. President Donald Trump in Hanoi, Vietnam, in February last year, the test signals to Washington that Pyongyang is unlikely to back down as their stalemate on denuclearization grinds on.