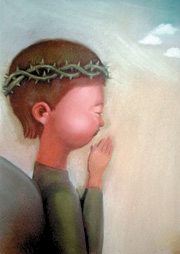 Controversy continues over the account of a young girl in the turbulent days at the end of World War II.
“So Far from the Bamboo Grove” begins with an 11-year-old girl being beaten by a soldier in her own home. But this novel should not be confused with a book like “The Diary of Anne Frank.” Although it’s in a similar genre, there is one large difference: This book is styled “autobiographical fiction.”
The book was written by the Japanese-American novelist Yoko Kawashima Watkins, and despite the fact that it induced rage in Korea, it has been used in the 6th-grade curriculum at some American junior-high schools.

During the last 13 years the book has been read by millions of students in the United States. But now the book’s account of Japanese women fleeing Korea in 1945 after Japan’s surrender and being raped by Koreans during their exodus has created an international controversy that became more intense last month after parents of Korean-American students began boycotting the book.
Within days, Korean versions of the book had been removed from bookstores here, and the Internet began to boil with comments from angry Koreans.
The story, which is drawn from the author’s memory, documents her journey with her family from her home in Nanam, North Korea, to Japan. They were forced to flee after Japan surrendered to the United States to end its imperial era.
Since the controversy began, Korean historians have been questioning whether the autobiographical elements in the book were truthful. There were accusations that the author might have imagined certain incidents. 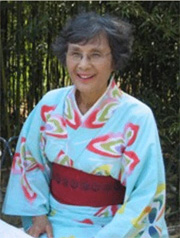 Yoko Kawashima Watkins, author of “So Far from the Bamboo Grove.”

This week, for the first time since the controversy broke, the author agreed to an interview with the JoongAng Ilbo newspaper, her first comments to the Korean press. The interview was conducted by fax.
Ms. Watkins said she wanted to answer questions that have been raised by reporters and historians.
In her eight-page letter, Ms. Watkins wrote in a sincere tone. She said that the recent coverage of her book in Korean newspapers has caused her shock and sadness. She stressed that she has always worked to promote peace and she claims that her book was written in that vein.
“I never thought that I was writing the book as a Japanese,” wrote the 74-year old author who is based in Brewster, Massachusetts. “I did not write the book for any country, government or ethnic group. I simply wanted to share my story with young people so they would know what I experienced when I was young. I have said all along that Japan was the aggressor and caused suffering. Now myself and other Japanese people who see themselves as peacemakers and who lived in North Korea are in small ways trying to mend the Japanese government’s mistakes. I have been shouting all along, “Forgive us!” “No more fighting!” “No more nuclear!” And who suffers most during any war? It’s innocent, unknown civilians!”
The letter contained the author’s description of how she drew the boundary between fiction and biography.
Watkins used her first name “Yoko” (The Korean title of the book is “Yoko’s Story”) for the young narrator in the book. By her own admission, there are places where she blurs the boundary between memoir and fiction.
“I wrote what I experienced,” she said. “For instance, in 1976, when I met my brother Hideyo for the first time in 20 years, I asked him how he had escaped from Nanam. He never said which road he took or which towns he passed. So I depended on a Korean map and created the route. He cried when he spoke about the Korean family who sheltered him. I never wanted to jeopardize their lives so I changed their names and location.”
Her letter also answered accusations about her father, Yoshio Kawashima, and about the picture she paints of “North Korean communists” in 1945, when the North Korean communist party didn’t exist.
“There were soldiers who wore army uniforms and had guns,” she wrote. “At first we did not know who they were, until we reached Seoul. We have learned that the war ended two days previously, on August 15th. We were going back to Nanam to our home, but other Japanese people warning us not to because, according to rumors, the communists were taking over. When I created the book, I wrote innocently, ‘Korean communist soldiers.’ While writing I was focused on my family’s survival, not the minutiae of history. The history book tells that the communist did not arrive until September 1945. Who ever my mother, sister and I encountered were North Korean and they were military.”
Her descriptions of Koreans raping Japanese girls led many to contrast her statements with the Japanese practice of forcing Korean women into sexual slavery as “comfort women,” something the Japanese government still refuses to acknowledge. 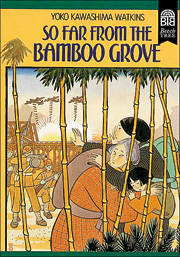 The original version in English.Provided by the publishers

“I knew nothing of ‘comfort women’ until I read Ms. Kim Ok-ja’s book (‘Want to Know More About Comfort Women?’) in 1996,” she wrote. “After I finished, a chill went through me. I sincerely hope that the Japanese government acknowledges it because the aggression of the colonial authorities caused a great deal of suffering and needless death to innocent Koreans. I want to make the deepest apology to Koreans and become a bridge of peace to Korea, Asia and the world.”
Even more controversial than the rape issue is the role that Ms. Watkins father played. Ms Watkins says that her father was against the war and worked in Manchuria as a government official. Yet some critics say, based on descriptions in her book, that the narrator’s father may have been an army general ― Kiyoshi Kawashima ― in Unit 731, a Japanese military unit that was responsible for notorious war crimes including human experiments with biological weapons.
In the book the girl’s father serves 6 years in a Siberian prison camp, which led some to believe that he may have been a war criminal.
To counter these claims the author quoted excerpts from a family register in her letter and pointed out the different spelling of her father’s name compared to that of the Japanese general ― she insists that her father “was never in the army.”
“I did not know about Unit 731 until this past October,” she wrote. “My father returned in the fall of 1951. I simplified in the book and said 6 years later. I cannot tell the exact dates but 5 years and several months later is accurate. General Kiyoshi Kawashima, who is not my father, returned in March 1956. Being detained in Siberian camps does not necessarily mean one was a war criminal. When the war ended, Japanese soldiers and civilians, including their families were taken to camps in Russia.”
Other critics have focused on alleged inaccuracies in the historical timeline of the story.
It has been said that the author is also mistaken about bombing raids. In the book she writes about “engines roaring over my head,” “sirens blaring” and the teacher “ordering everyone to hit the ground.”
Korean historians, claiming support from U.S. authorities, say that there were no bombing incidents in the North Korean region during July or August of 1945.
“I never wrote U.S. Military force bombed the Nanam area,” she wrote. “The airplanes I saw could be B-29s. Maybe they were Russian. I know nothing about planes. But I saw it, just as Mr. Enomoto, my teacher, screamed at me to put my head down!” 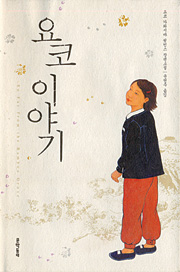 The cover of the Korean edition of “So Far from the Bamboo Grove,”which has now been removed from bookstores

The letter also contained her response to accusations that she depicts Koreans unfairly. Since the controversy exploded, some readers have accused Watkins of being an “extreme rightist” because she portrays Japanese as victims and Koreans as aggressors. A similar position has been taken by right wing Japanese politicians in recent years and caused increased nationalist sentiment across Asia, including several battles over Japan’s history textbooks. Both China and Korea say Japan deliberately omitted their historical faults.
“When a teachers’ guide was published by the Pennsylvania based Center for Learning in 1998 I was extremely happy,” she wrote. “The guide contained two books: Ms. Sook Nyul Choi’s ‘Year of Impossible Goodbyes’ [a book about the Japanese occupation from a Korean perspective] and my work. My feeling was Ms. Choi’s book and mine go together. U.S. children can learn both sides through our stories. When the Korean translator of my book wanted to tell her child’s school to teach a book with a Korean perspective along with my book, I encouraged her to recommended Ms. Choi’s book.”
Throughout the letter, Watkins wrote in an endearing, apologetic tone.
“I do not know how to put into words my regret that my book has caused anguish,” she explained. “I would like you and everyone in Korea to know, no matter where I go to speak about peace I never fail to tell the truth about how horrible the Japanese military government was and how it caused Koreans, Chinese and even Japanese civilians terrible pain and suffering. They treated us all like a piece of dirt. Whenever I visit schools, I bow deeply to apologize to Korean, Chinese and even Pilipino students on behalf of the Japanese military government for their cruelty. The precious students understand and forgive me. Then I say that peace must start from each one of us. To do that, first, we must be kind to each other. If we all carry hatred and revenge inside us, then we will never achieve peace in the world.”
“So Far From the Bamboo Grove” has been banned in China and Japan since its initial publication.