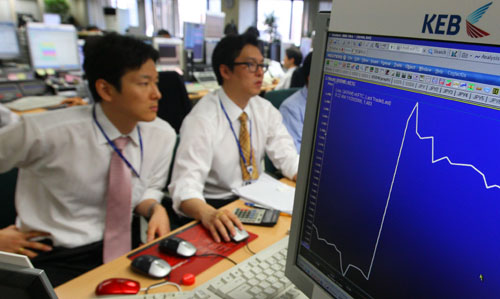 The local currency closed at 1,497 won to the dollar, down 50.50 won from Wednesday’s close, as offshore investors dumped the won after selling off local shares. It was the lowest level against the dollar since March 1998. Choi Jong-ku of the Finance Ministry’s international financial division said that growing volatility in the local currency market is “excessive” and South Korea will take necessary actions to stabilize it. Yonhap, Bloomberg