Actress from ‘Boys Over Flowers’ hangs herself

Actress from ‘Boys Over Flowers’ hangs herself 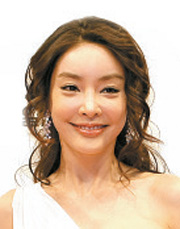 An actress in the hit KBS TV series “Boys Over Flowers” was found hanged to death at her home in Bundang, Gyeonggi on Saturday.

Jang Ja-yeon, 27, played Sunny, one of a trio of mean girls who picked on the lead female character Geum Jan-di (played by Gu Hye-seon).

Upon returning to the home they share at 7:42 p.m., Jang’s older sister found the actress hanging from the stair banister and called police.

A police investigation concluded her death was a suicide.

Her body will not be autopsied, but will be returned to the bereaved family.

“Jang has suffered from depression. She spent most of her time at home these days,” an investigator quoted Jang’s older sister as saying.

He added that Jang has been taking tranquilizers since last year.

The sisters lost their parents 10 years ago in a traffic accident and have lived together ever since, police said. Investigators assume Jang took her own life at around 4:30 p.m.

The whole cast of the show came to the mourning hall set up at Seoul National University’s Bundang Hospital to pay their last respects to Jang yesterday.

Jang’s death is the latest and most tragic in a series of incidents involving cast members of the show.

Star actors Kim Hyun-jung, Kim Beom and Kim Jun, as well as Gu, have all been involved in separate traffic accidents recently.

On March 2, KBS had to air an “F4 Special Show” instead of the scheduled 17th episode, as the producers failed to complete shooting because of Gu’s injuries from a Feb. 27 car accident.

“Boys Over Flowers” is a modern-day Cinderella tale of a poor but spunky schoolgirl (Gu) at an elite high school, who attracts the interest of four handsome and ultra-rich boys at the school, known as the “F4,” for “Flower Boys 4.”

The drama is based on the Japanese comic book “Hanayori Dango” by Yoko Kamio.

Korea is the third country to turn the story into a television series following Taiwan and Japan, both of which won high audience ratings with the shows.