K-pop to land in South America

K-pop to land in South America 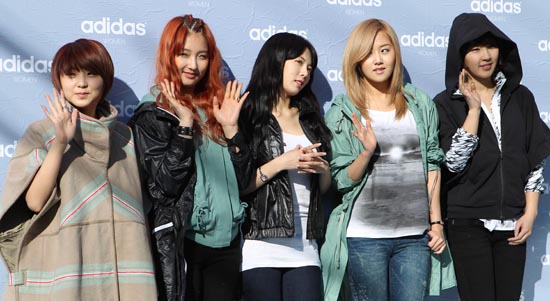 The Korean Wave, after hitting Europe and North America hard, is now moving to South America with K-pop groups including 4minute (below), Beast and G.NA.

The “United Cube Concert in Brazil” will be held on Dec. 13 at the venue Espaco das Americas in Sao Paulo, Brazil, with groups under the banner of Cube Entertainment.

“We’ve been sad that we have never gotten a chance to meet fans in South America, but we are finally going to Brazil,” said members of Beast, according to its agency, Cube Entertainment. “As this is the first K-pop concert in South America, we’ll try to provide a quality concert to meet local fans’ expectations.”

The groups represented by Cube Entertainment are also having a concert prior to the one in South America on Dec. 5 at O2 Brixton Academy in London.