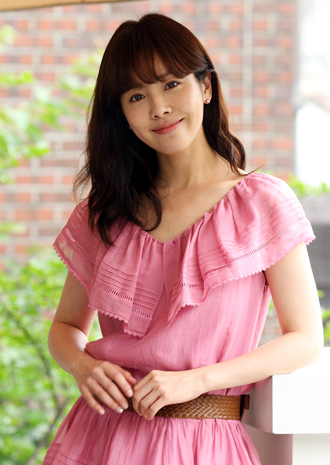 The awards, which are determined by netizens from six locales, cited Han’s work in the drama “Rooftop Prince.”

Han emerged onto the stage in the club’s pool area to claim her prize and thanked “the staff and actors who took part in the drama.” Han said she was grateful for the award and that she plans to continue to strive to become a better actress.

Others nominees in the category were Yoona from Girls’ Generation, Ha Ji-won, Shin Se-kyung and Jung Ryeo-won.

The award show, which is in its sixth year, gave out awards in 20 categories. Fans from Korea and abroad voted online, while agencies and industry experts also took part in various surveys.

Other winners included Suzy from Miss A and actors Han Hye-jin and Kim Soo-hyun. Kim won for best male drama star and “Hot Star” of the moment.