At Korea’s oldest restaurants, history is a key ingredient of menu and success

At Korea’s oldest restaurants, history is a key ingredient of menu and success 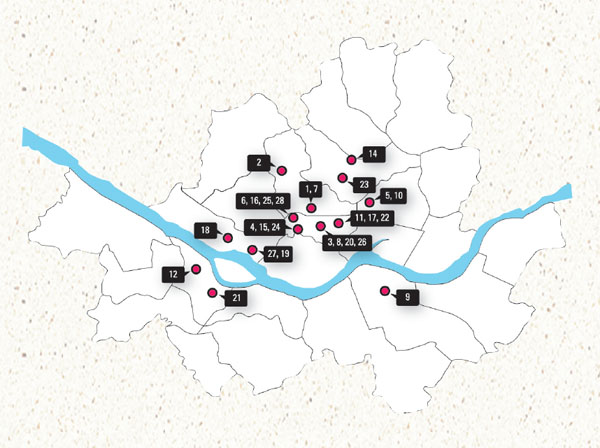 Imun Seolnongtang has weathered the ups and downs of Korea and still boils snow white ox bone soups early each morning as it has for 108 years.

In Korea, where yesterday’s pizza joint is gone tomorrow, it can be difficult to find restaurants with layers of history, like Imun Seolnongtang.

Nonetheless, eating places that have been serving the same dishes for generations do indeed exist, according to the Korean Food Foundation and Ministry for Food, Agriculture, Forestry and Fisheries. Last month, the ministry published “Korea’s 100 Beloved Restaurants,” a book that features 100 restaurants that are 50 to 100 years old.

“Old and humble restaurants are tourist attractions in France,” says Yang Il-sun, a chairperson of the Korean Food Foundation. He mentions the Au Vieux Paris d’Arcole, which has been in business for more than 500 years.

The 248-page book contains delicious details about the restaurants, such as when they opened, information about the founders and what motivated them, and descriptions of trademark foods.

“We first chose 160 places,” says Hong Ju-yeon, who was in charge of the project at the magazine. “But we had to narrow them down to 100. Some of them didn’t exactly know what year they started and some have had sanitation issues in the past. Some simply turned down our offer to interview them,” adds Hong.

Of the 100 restaurants in the book, 28 are located in Seoul, especially in Jung District, central Seoul.

Thirty seven of them serve haejangguk (hangover soup), seolleongtang and other soups, and 18 restaurants offer meats such as bulgogi (marinated beef) and barbecued beef and pork.

With such long histories, each restaurant has a story to tell.

For example, the aforementioned Imun Seolnongtang (formerly Imunok) first opened in Gongpyeong-dong, Jongno, before it moved last year to its current location.

When it opened in 1904, it was the first restaurant in Seoul registered after the founding of the Republic of Korea. The restaurant was operated by a person whose surname was Hong and quickly caught on with people from all walks of life for its deep broth, the result of 16 or 17 hours of boiling ox bones and meats.

Sohn Kee-chung, who became the first-ever Korean medalist when he won the marathon at the 1936 Berlin Olympics, was a regular. So was Kim Doo-han, who fought the Japanese mafia.

At Bakdaljip in Busan, which serves dog meat soup, founder Park Yeo-suk is something of a legend among her descendents, the fourth generation of the family to run the restaurant. According to them, Park served some Japanese soldiers during the occupation who refused to pay for their food. As they went to leave, she blocked their way and demanded her money. The surprised soldiers paid their tab.

While several menus have survived, most of the original structures have not, as some of the oldest restaurants - including Imun Seolnongtang - moved to newer buildings.

While precise figures concerning Korea’s old restaurants are not available, Hyundai Research Institute says half of all owner-operated businesses close within three years.

Many food critics and industry experts back up the report, noting that restaurants constitute a substantial share of those new businesses.

Food critic Hwang Gyo-ik wrote in his column that “restaurants can’t last more than 10 years in Korea,” citing the tendency for people to be attracted to trends. “Once steamed chicken with soy sauce is popular, most people will go to the restaurants that serve steamed chicken.”

With apologies to Hwang, the eateries in “Korea’s 100 Beloved Restaurants” are not trendsetters, constantly changing to suit the fickle whims of the public.

They are beloved for their histories, longevity and consistency.

In coming months, Korea JoongAng Daily will feature regular reviews of old restaurants in the Seoul area, starting with Jinju Hoekwan in Seosomun-dong, Jung District, central Seoul. The restaurant is one of the younger restaurants among the 100 oldest, but it has a timeless menu: kongguksu, or noodles in cold soymilk broth, that is a summer favorite of many Koreans.