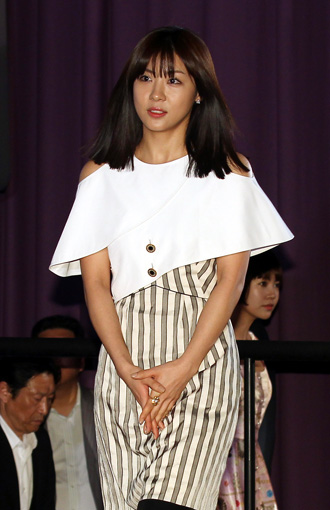 To mark the second year of signing a contract with the fashion label Crocodile Lady, actress Ha Ji-won has designed a handbag which will go on sale this month.

The ladies’ casual wear brand announced yesterday that the “Ji Won Bag” took three months to create and Ha picked out the pattern and fabric.

The apparel company said the bag should be a hot item given that the first collaboration between the company and its model was a huge success.

“The popularity of the secret jean designed by Ha last year was what led to the production of the handbag,” said a spokesperson from Crocodile Lady. “She’s always had a penchant for fashion and bags and really took her time in looking over every detail so that the consumers would end up with a good deal.”

As well as making her mark in the fashion world, Ha recently also tried her hand at teaching in China.