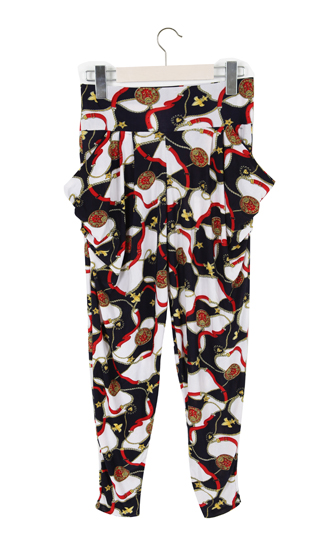 Refrigerator pants with diverse patterns and prints. Provided by Auction

Eyelet tops and shorts with bold patterns are some of the latest fashion items for the summer but one more should be added to the list, at least in Korea: refrigerator pants.

Usually made with polyester or polyurethane fabrics that are wrinkle-free and stretchy, these so-called refrigerator pants, which are similar to harem pants outside of Korea, are flying off the shelves due to their cooling comfort, affordability and the variety of styles they come in.

According to Auction, one of the country’s largest online shopping malls, sales of refrigerator pants have increased by 95 percent in June compared to a year ago.

Refrigerator pants were ranked the seventh best-selling item on Auction in the first half of this year, along with camping tents, instant noodles and mini-sized tables.

“Most of these refrigerator pants are wide-legged, breathable and wrinkle-free. They were frequently purchased by women,” added Oh.

Gmarket, the No.1 online retailer, doesn’t track specific sales of refrigerator pants, but Kim Kyung-ju, an official on Gmarket’s PR team, said sales of baggy pants jumped 57 percent in June from a year ago.

Refrigerator pants have been around for a couple of years but their sales soared starting this year as more lengths and patterns became available. Before this year, they were mostly considered loungewear. 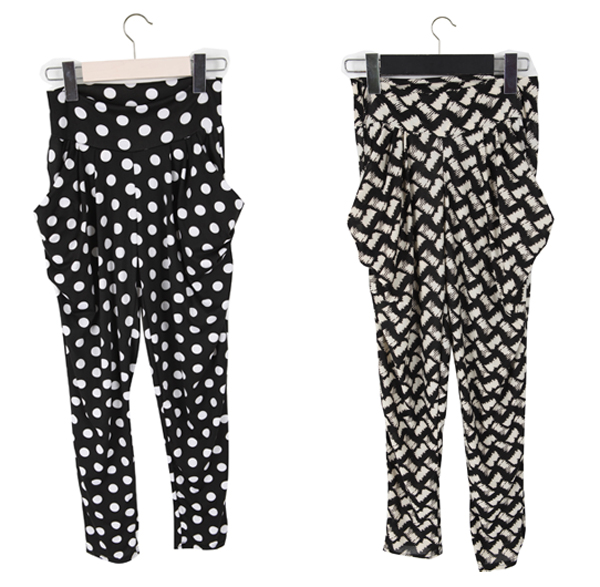 “I was a little hesitant whether I should buy them or not before I bought my first refrigerator pants two years ago because they looks like grandmother pants,” said Park Yeon-hee, a working mother in her late 30s who calls herself a refrigerator pants maniac. “But once you wear them, you can’t easily take them off.”

Because the shapes of refrigerator pants remind people of momppae pants, they are often dubbed an updated version of momppae, which are usually worn by elderly women while working the furrows.

Momppae originates from the Japanese word monpe, which refers to gardening pants. These wide-legged pants come with loud patterns and elasticized waists.

Park used to wear her first pair of refrigerator pants at home or when she went out to discard trash until last year. But this year, she bought two more pairs, one with a paisley print and the other with polka dots, for daily use outside.

“I’ve noticed designs and prints have become a lot more diverse and sophisticated this year, so I bought more. They are decent enough to be worn outside my house for a full day.”

As Koreans have to deal with longer, humid summer days, more clothing companies are launching clothes with cool fabrics - but most of them are expensive.

The price tag of a single pair of pants often exceeds 150,000 won ($130) at department stores. Not everyone can afford to purchase pricey cooling pants, even though they are made with up-to-date, functional fabrics. That’s where the refrigerator pants come in.

Not only women in their 30s and 40s, but younger women in their early 20s are also opting for refrigerator pants as an alternative to jeans during the sweltering season.

It is not hard to run into young women wearing refrigerator pants every few minutes in Myeong-dong, central Seoul, these days.

There are refrigerator shorts and pants for men and children, too.

Refrigerator pants are easy to find and buy, but fashion experts say there are rules to keep in mind if you don’t want to make a fashion blunder.

“It is one option to stay cool during the summer because these pants are made with cool materials,” said freelance stylist Seo Jung-eun.

“But most of them come in bold and loud patterns, so you have to mix them with a simple T-shirt in a solid color if you want to achieve a chic look. Either a heel or a flip-flop is okay with the pants.

“If you want to accent your look, a petite shoulder bag or shopper bag would be great. But beware. This look is more suitable for those who are slim and tall than those who are not.”