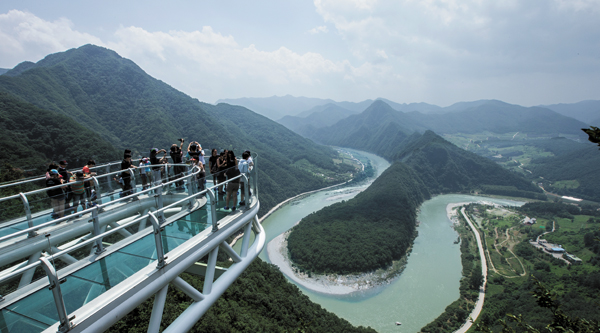 A skywalk that Jeongseon County, Gangwon, built for 1.6 billion won (1.43 million dollar) in June 2012, overlooks one of the country’s most famous peninsula-shaped terrains.

The Korean Peninsula’s distinctive shape, which some liken to a rabbit or a crouched tiger - in either case wearing an embarrassing barbed-wire demarcation belt on its waist - looms too large to identify if it’s viewed from the lower stratosphere.

But it can be seen from the naked eye in certain places - and some of them are nearby.

Korea marked the 68th anniversary of Liberation Day on Thursday and to highlight the delight of regaining the peninsula from the hands of colonial Japan - though it was followed only five years later by the 1950-53 Korean War - the JoongAng Ilbo weekend section team hit the road to find lands shaped like the peninsula. 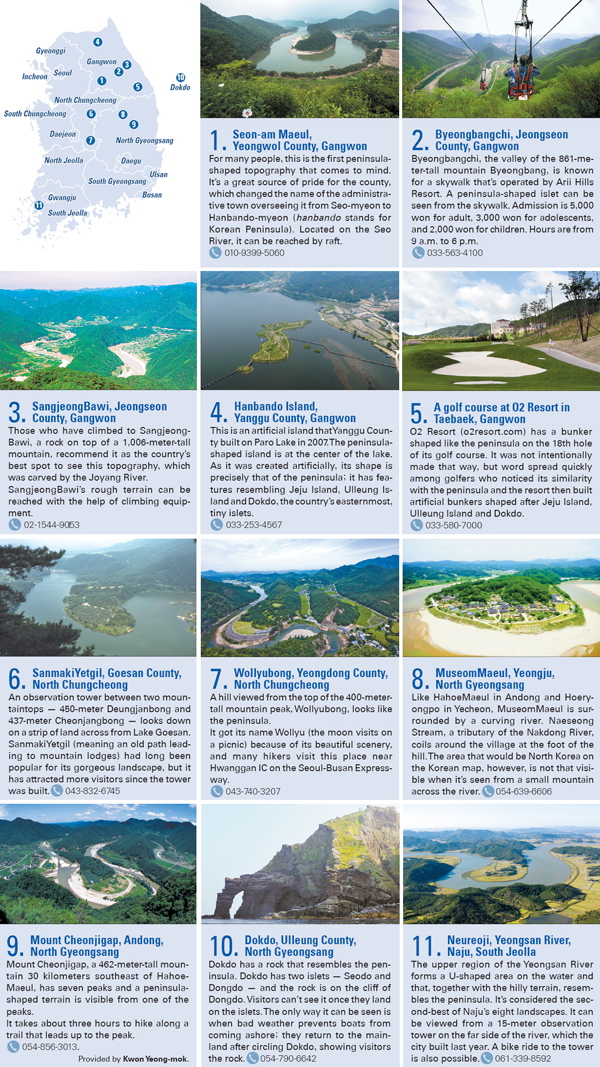 To our surprise, we found many such topographies throughout Korea, including Seon-am Maeul in Yeongwol County, Gangwon, which came on the verge of losing its shape due to a road expansion project in the 2000s.

But the residents successfully fended off the construction project, preserving the geography.

In 2009, Yeongwol changed the name of Seo-myeon, on which the topography sits, to Hanbando-myeon (hanbando is the Korean word for the Korean Peninsula).

The project promoting the peninsula-shaped topography, into which the county injected 1.5 billion won ($1.3 million), was a big success and 950,000 people visited the county last year. 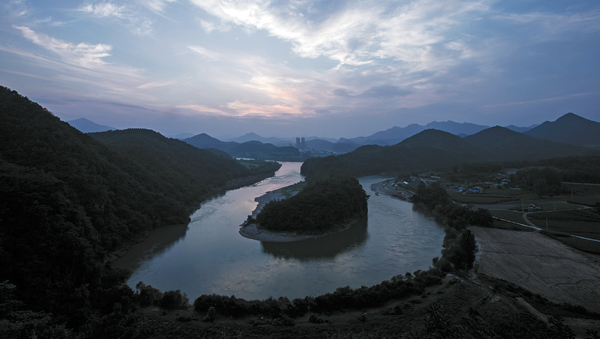 The view from an observation tower in Hanbando-myeon, Yeongwol County, Gangwon.

Other regional governments followed, including Naju, a South Jeolla city, which spent 1 billion won to build an observational tower that overlooks its peninsula-shaped terrain. Another Gangwon county, Yanggu, built an artificial island resembling the peninsula in the middle of Paro Lake.

There are more than 20 peninsula-shaped landscapes across South Korea.